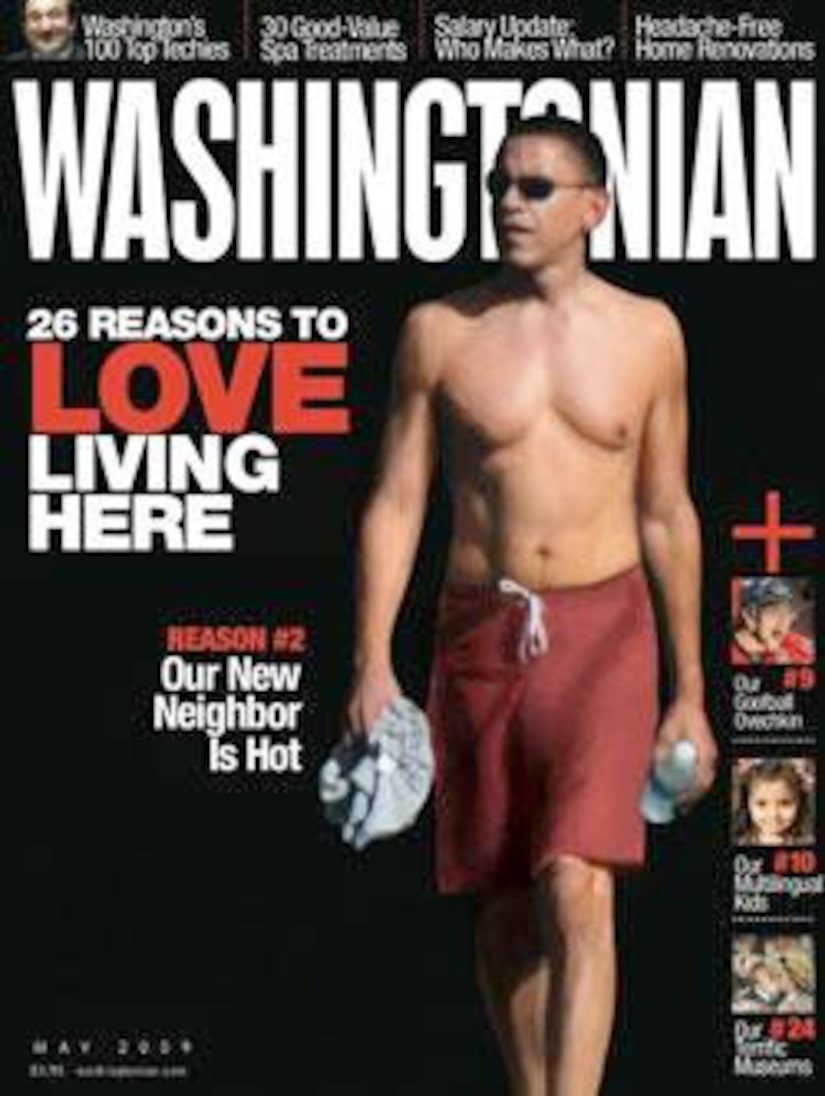 Washingtonian Editor-at-Large Garrett Graff tells "Extra," "We were trying to capture just how exciting it is to be in Washington right now." Graff adds, "The Obamas are red hot. It's not just about Barack's physique, it's about all of the people he's bringing in and all of the energy he's bringing to Washington."

"Extra" wants to know -- Is it disrespectful to feature a shirtless pic of the President on the cover of a magazine?

Upload your video comments or post a comment below -- and you could be featured on tonight's "Extra"!