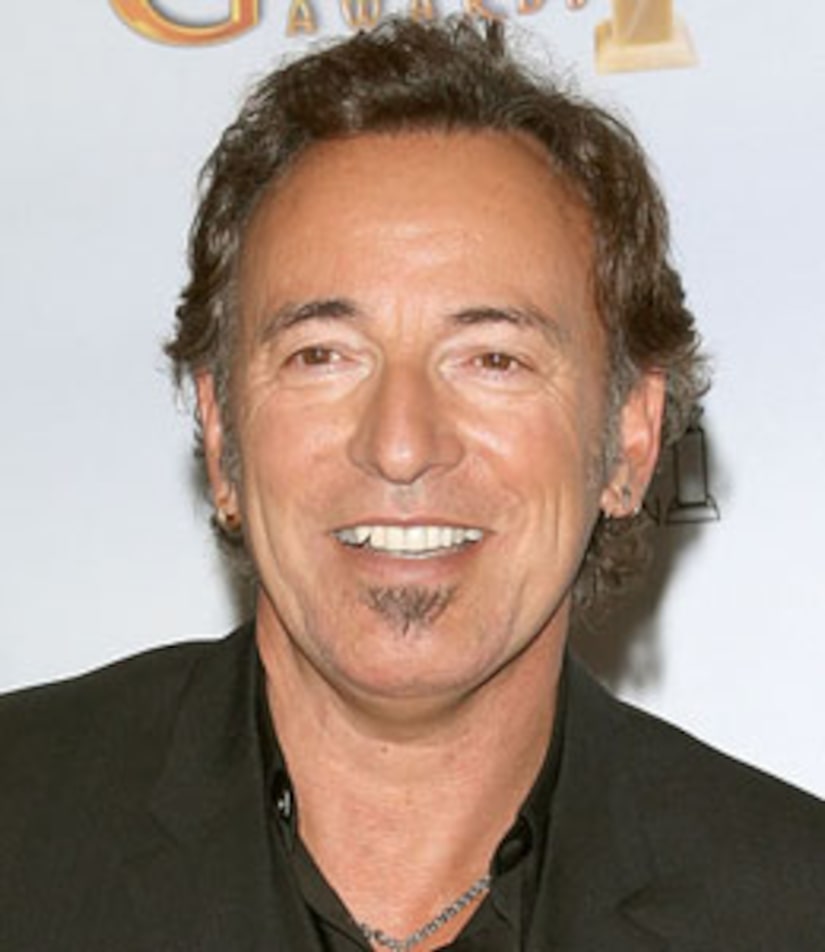 Bruce Springsteen is allegedly caught up in a scandalous affair! The Boss was named in a divorce filing -- as the other man!

New Jersey nurse Ann Kelly was allegedly sleeping with the 59-year-old rocker after meeting him at the gym, but Springsteen claims he's been faithful to wife Patti Scialfa.

He used the same response as he did back on his website in 2006, saying, "I hesitate to use this web site for anything personal believing it should remain a place where fans of my music can come free of the distractions that occasionally arise with the rest of my job. However, due to the unfounded and ugly rumors that have appeared in the papers over the last few days, I felt they shouldn't pass without comment. Patti and I have been together for 18 years -- the best 18 years of my life. We have built a beautiful family we love and want to protect and our commitment to one another remains as strong as the day we were married."