Halle Berry pops up on the cover of the May issue of Harper's Bazaar -- and the Oscar-winner is dishing about her baby Nahla, her younger man... and sex! 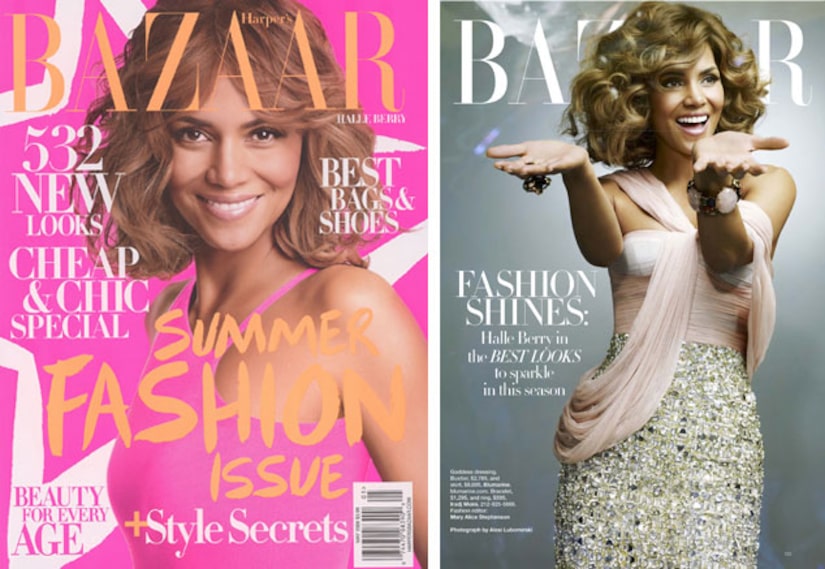 The 42-year-old beauty tells the mag she stays young because of her man at home, model Gabriel Aubry. Berry confesses, "I have a 33-year-old man. That'll keep your mojo mojoin'."

Halle also tells of her hopes for her 1-year-old daughter Nahla Ariela Aubry. Berry says, "Hopefully she'll grow up in a world where it'll be easier than I had it. I had a rough time. I was accused of stuffing the ballot box for my high school prom queen election because they couldn't believe the only black girl in the school won."

The former Bond girl says she loves to snack on Doritos, but she still has a smokin' bod! Her secret to looking good in bed? Shoes! The actress once wrote that the only wardrobe you need for sex is a tank top and pumps. She says, "Any pumps! You just need length to your legs."

Berry also answers if she will ever get married again and if she wants more babies -- in May's Harper's Bazaar.