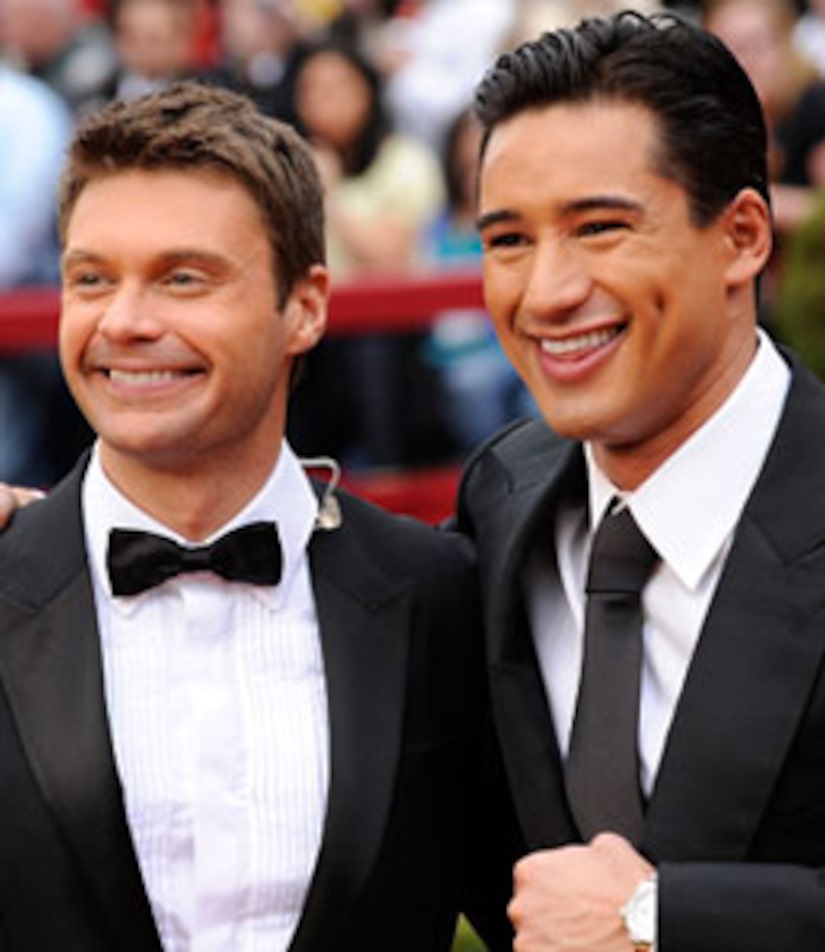 Tabloids claim Mario Lopez and Ryan Seacrest are in a "bitter feud," but the two busiest men in showbiz are not at odds with each other!

Lopez caught up with Seacrest during Wednesday night's "American Idol" taping, and the two found the alleged feud amusing. Seacrest tells "Extra's" Terri Seymour, "The irony is that two nights before this happened... I served him dinner in my dining room and didn't charge him. Ryan says he and Mario go way back, "We have known each other for so many years. I used to bother him at the gym."

Lopez has a theory about how the supposed war began. The "Extra" host was complimented by Black Eyed Peas member Taboo. He told Mario he was the "Mexican Ryan Seacrest" and Lopez found the comparison hysterical! Seacrest thought Mario said he was better than Ryan because he can sing, dance and he has even appeared on Broadway.

The "Idol" host and radio DJ says, "We're not feuding. I love you brother... just don't date any girls I date and we'll be fine."