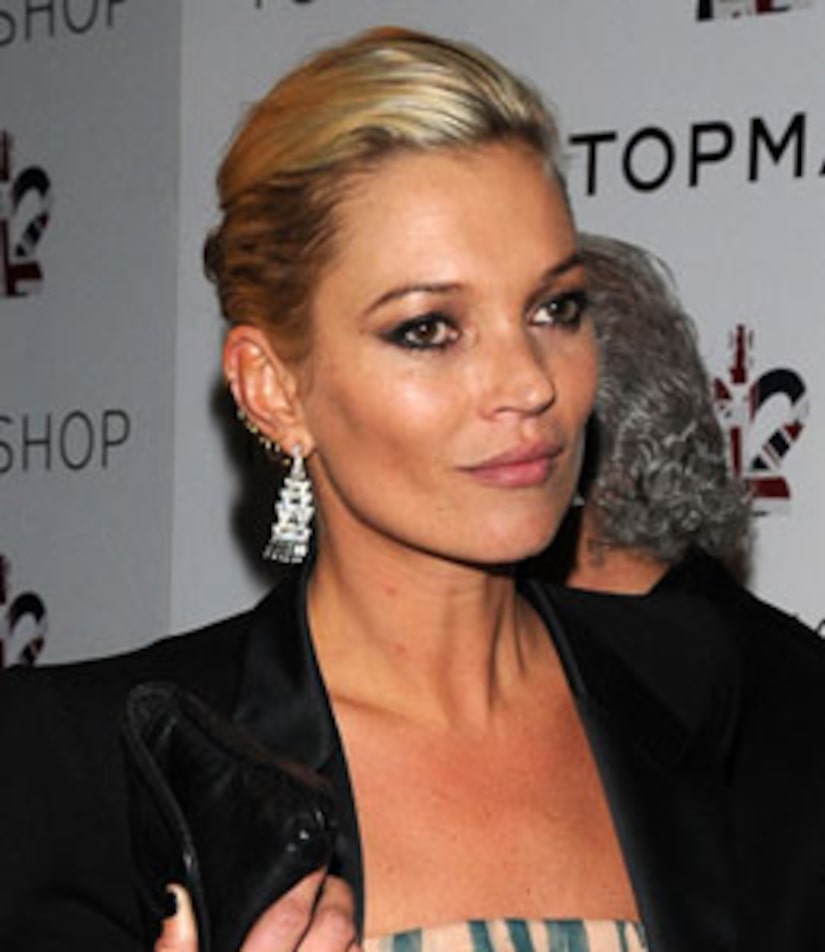 Supermodel Kate Moss says if you listen to the tabloids, she's "been pregnant for two years" -- so the rumors can't be true. The fashion icon tells "Extra" it seems like ever since she began dating The Kills guitarist Jamie Hince, she's been rumored to be pregnant, but she's not.

Moss has been a staple in the fashion world for over 20 years, having made her mark with her waif-like figure. Now at 35, Moss admits she's embracing her curves. Moss says, "They are new, but I didn't buy them. It's very strange. All of a sudden, they just sprung up." She continued, "I've got boobs which I never had. I was the most flat-chested of them all."

Her short hairstyle is also making news, but Moss is ready to move on, saying, "It's gotten to that length where I'm growing it out and I look like a secretary, so I have to wear it up all the time."

Kate tells "Extra" she enjoyed working on her new clothing line for Topshop with owner Sir Philip Green, and that it's "really solid."

Moss's 11th collection for Topshop debuts today, and the store's first US location opens its doors in NYC. The spring/summer 2009 collection reflects the model's "bohemian take on dressing" and "rock 'n roll spirit."