TV and film veteran Cloris Leachman is taking over Times Square -- and she isn't wearing any clothes! The 82-year unveiled her pro-vegetarian PETA billboard with the slogan "Let Vegetarianism Grow on You." In the ad, the former "Dancing with the Stars" jokester looks red carpet ready, donning a glorious gown made of leafy greens and red cabbage. 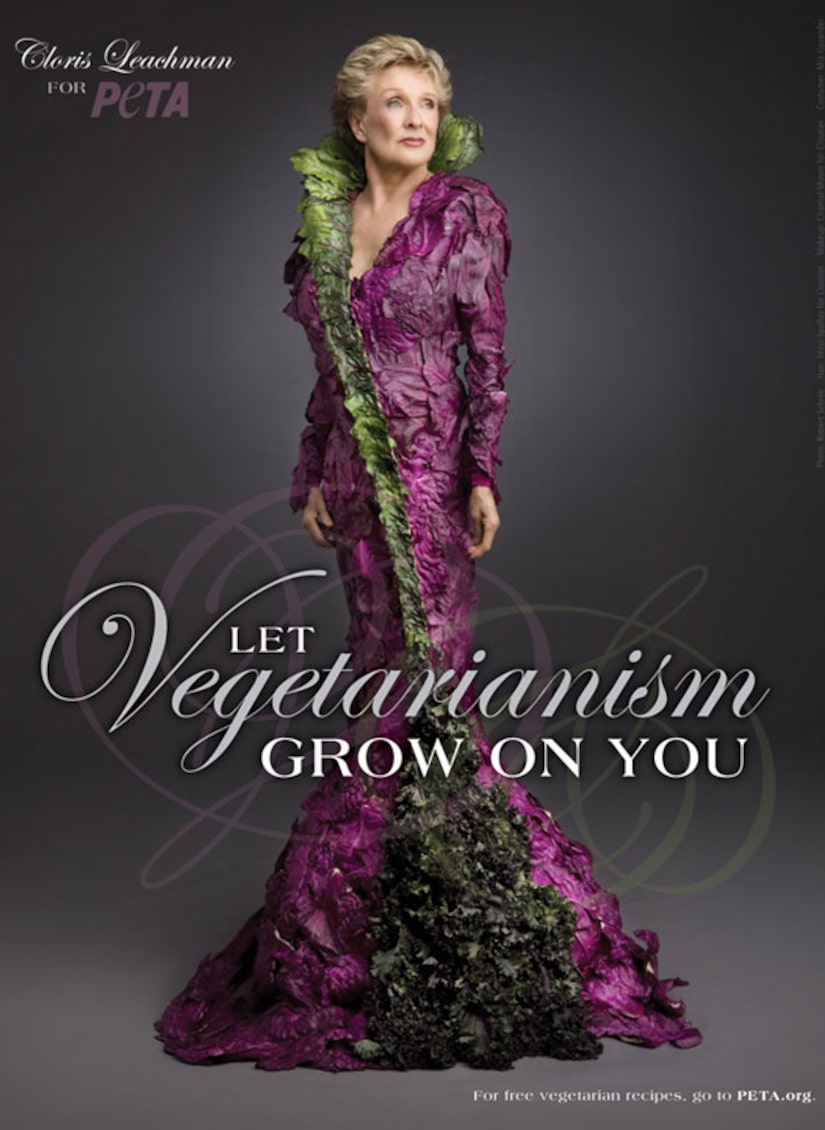 Almost 50 years ago, Leachman started a vegetarian diet for health reasons -- and has been meat-free ever since! The actress tells PETA, "I felt a million times better, and I've never had a bite of meat ever since then."