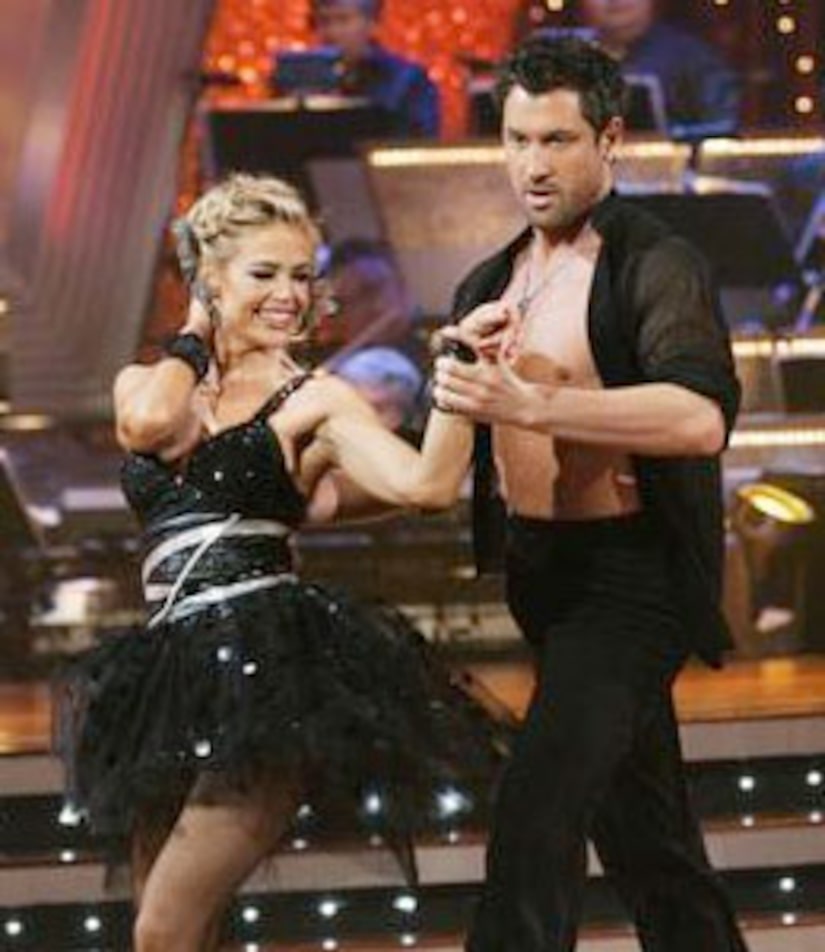 Bond girl turned reality TV star Denise Richards was the second celebrity to be booted from this season's "Dancing with the Stars," after a lackluster dance-off on Tuesday night.

Denise and Maksim Chmerkovskiy competed in the dance-off against fellow E! reality star Holly Madison and Dmitry Chaplin. Denise and Maks earned extra points for their samba routine, but it wasn't enough.

"My daughters love my dancing," Richards said stoically after the dreaded elimination. "It's been fun. I'm a huge fan of the show and I will continue to be," she added.

Judges' scores are combined with viewer votes to determined which couple is eliminated each week. The new dance-off allows the two-lowest scoring couples to earn extra points from the judges. Viewer votes still count for 50 percent of each couple's total score.

The "Dancing with the Stars" cast will dance the Argentine Tango or Lindy Hop on Monday's show -- and two celebrities will two-step their way home.