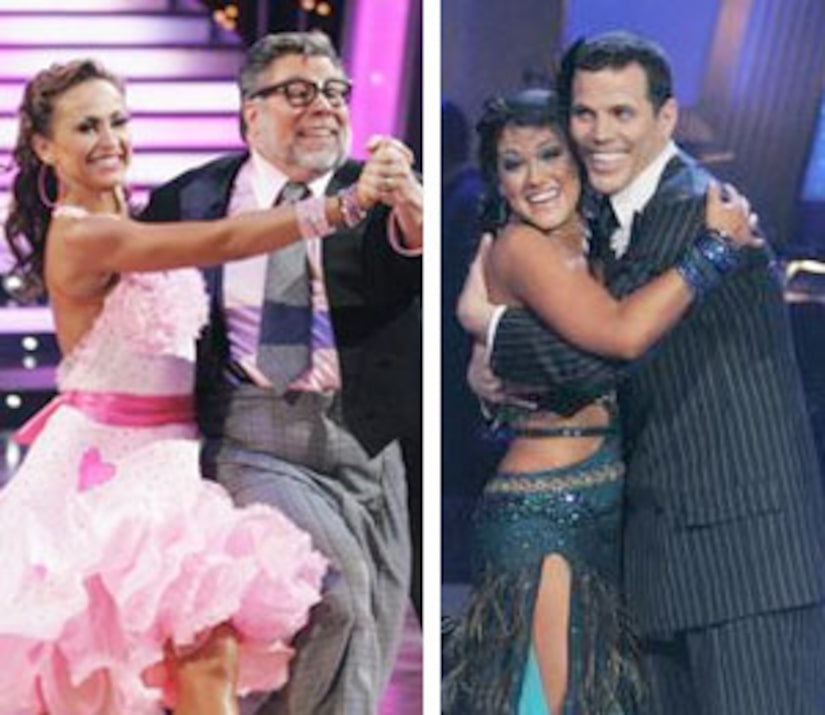 Steve-O sat out last week due to a pinched nerve, but last night he attempted a foxtrot with partner Lacey Schwimmer. The couple's comeback was weak and hard to watch, earning them a combined score of 15.

Wozniak continued to compete after fracturing his left foot two weeks ago, and he pulled his hamstring during a rehearsal on Friday, but there was no sympathy from the judges! Bruno Tonioli told the computer guru and partner Karina Smirnoff they danced the "worst samba" he'd ever seen. Judge Carrie Ann Inaba took at stab at Woz and said the "novelty starts to wear off." The couple received a combined score of 10 points.

"Sex and the City" hunk Gilles Marini continues to hold on to first place with a score of 27, tying with Olympian Shawn Johnson and reality beauty Melissa Rycroft.