What's Lindsay Lohan up to these days, besides dodging faulty arrest warrants and reportedly fighting with her GF? Not much. La Lohan admits she's out of work -- and she's scared. 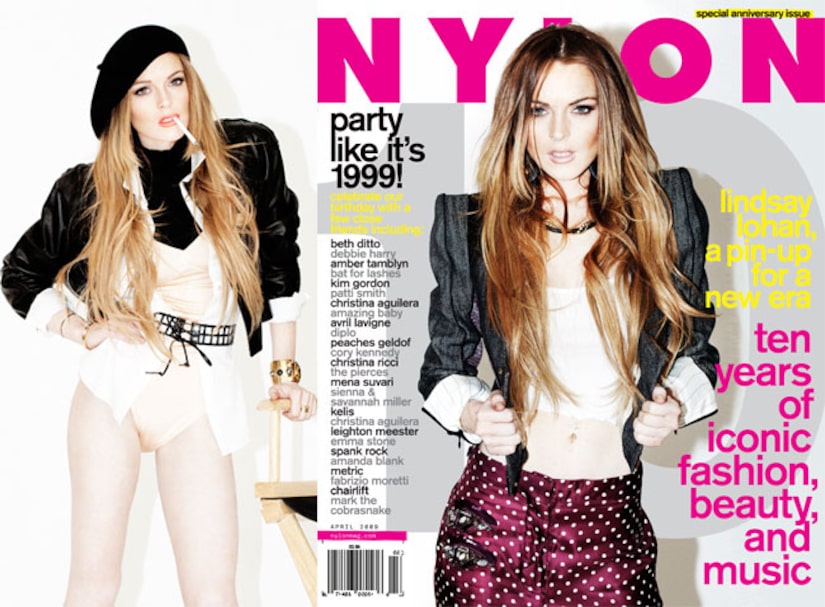 The 22-year-old confesses to Nylon magazine, "It's scary when you realize, 'Oh my God, I'm not working. And I have a house to pay for now.'... and there's been some things I've really wanted to do."

One job that's already fallen through for the starlet -- Tim Burton's "Alice in Wonderland." "That didn't work out," she says. The film, currently in production, stars Johnny Depp and Anne Hathaway.

LiLo is in talks with Sean Penn -- and is hoping to kick-start a project with the Oscar winner. She says, "I spoke to him the other day. We're trying to get Seth Rogen for this project, but Seth won't call us back. So call us back, Seth, if you're reading this!"

The starlet keeps herself busy with her MySpace blog. The "Labor Pains" actress says she likes to vent about her relationships, saying, "I didn't need to do that, because we weren't broken up and that was silly."