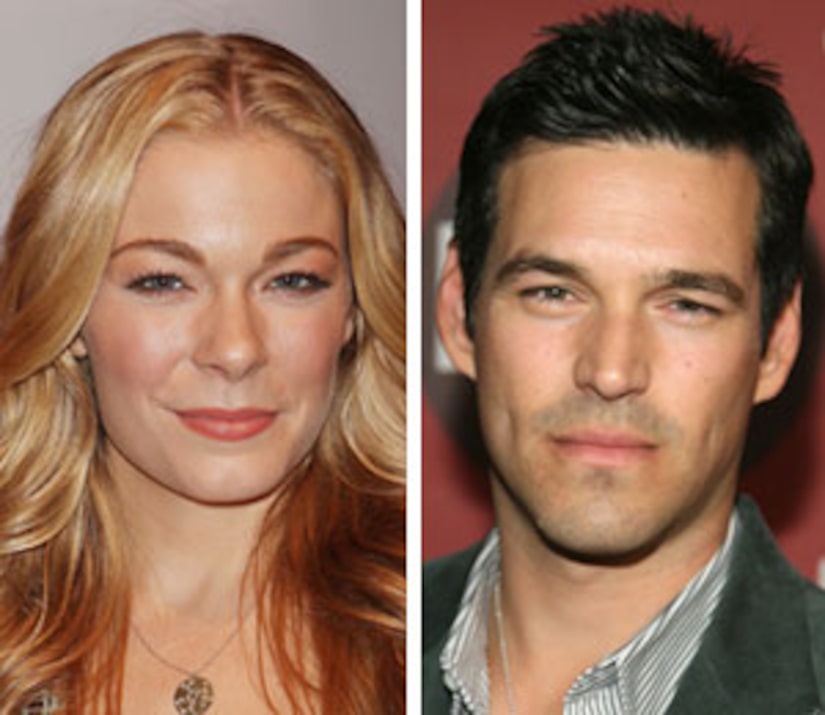 Married country girl LeAnn Rimes and smokin' hot "Ugly Betty" actor Eddie Cibrian, also married, have been accused of having an affair, but is it true?!

Rimes and backup dancer Dean Sheremet tied the knot in February 2002, while Cibrian, 35, has been married to Brandi Glanville since 2001 and has two children. This morning Rimes, 26, was a guest on "Live with Regis and Kelly." Reege hinted at the gossip, saying, "There are some rumors here and there, you know." LeAnn answered, "There's rumors all the time."

LeAnn's hubby twittered a message of support this morning, saying, "I love my wife!!!"

Rimes and Cibrian share the screen in the new Lifetime movie "Northern Lights" -- and Us Weekly magazine has reportedly spotted the couple getting cozy off screen. The new issue features pictures from a video security camera that appear to show the two holding hands and kissing during a dinner at Mosun and Club M in Laguna Beach, Calif. on March 7. The mag also reports the co-stars met for a "three-hour tryst" at the Malibu Beach Inn this past weekend.

The 26-year-old singer posted a statement on her website saying, "This is a difficult time for me and my loved ones, but I appreciate all your continued support." She continued, "I would like to assure all of you that this is a place for you to hear things directly from me and as you all know, not everything in our lives is always black and white."