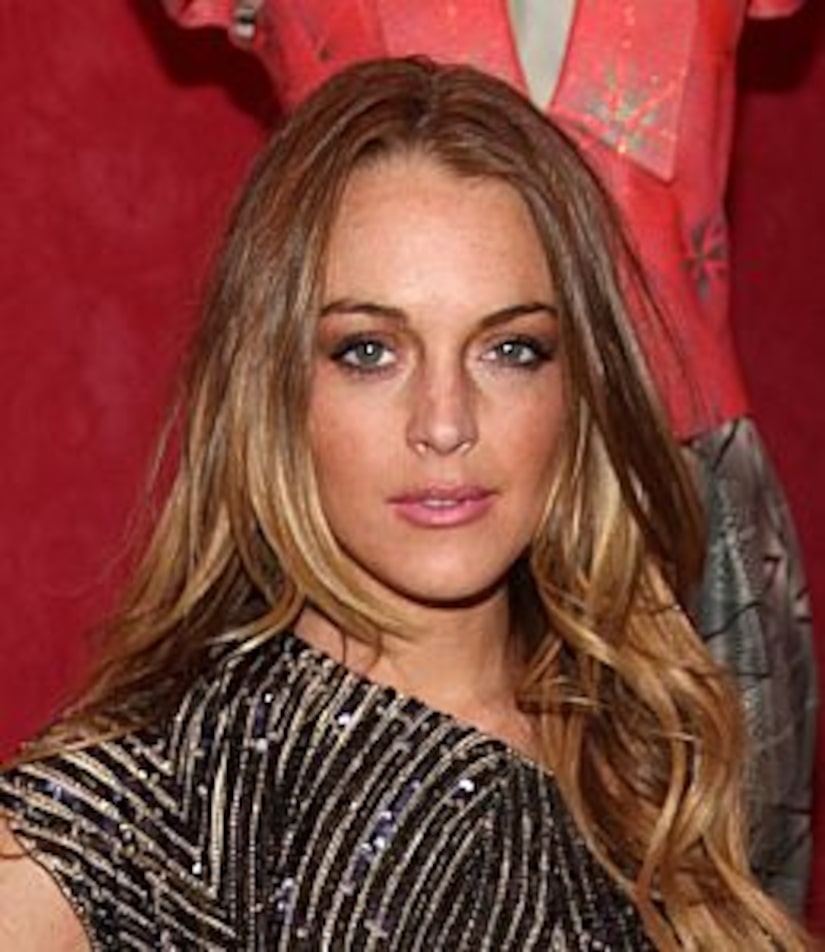 An arrest warrant has been issued for Lindsay Lohan, Hollyscoop reports.

"In response to media inquiries, [the] Beverly Hills Police Department is confirming a warrant was in fact issued today [March 13] for the arrest of Lindsay Lohan. The $50,000 warrant issued by the Beverly Hills Superior Court stems from a May 2007 arrest of Miss Lohan for DUI and hit-and-run. The circumstances leading to the issuance of the warrant by the court are not readily available at this time. It is our hope that Miss Lohan will surrender herself so that this matter will be resolved in a timely manner."

In 2007, the starlet pleaded guilty to two counts of being under the influence of cocaine and pleaded no contest to driving with a blood alcohol level of .08 or higher and reckless driving.

Lindsay's father Michael Lohan tells "Extra," "I am very concerned for my daughter. I love her. I wish the very best for her." He continued, "I've said it before and I'll say it again -- she has to be careful of the people around her. I worry about any of those negative elements in her life." Lohan is on his daughter's side, he says, "I'm going to do everything I can to help her, including going to L.A. this week. I know that Steven and Danny Baldwin have reached out to her to help as well."