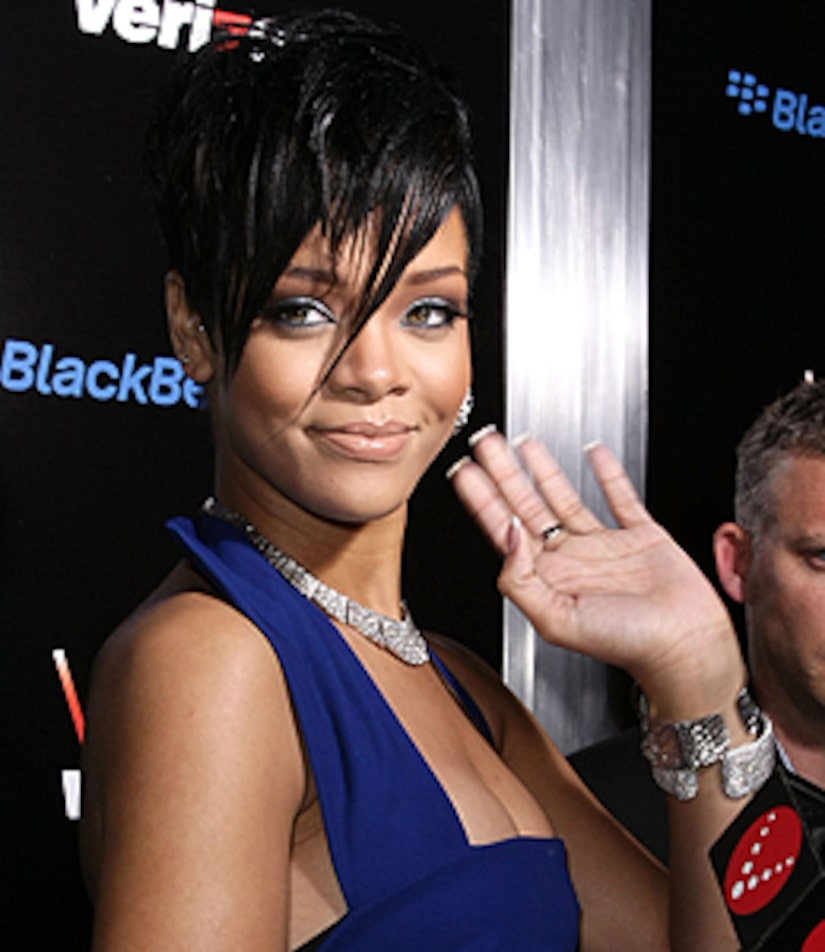 Pop star Rihanna is weathering the storm of the Chris Brown controversy in seclusion -- but her producer, Adonis Shropshire, confirms that the singer is back to work.

"She's definitely trying to move forward," Adonis said to HipHollywood.com of the "Umbrella" singer heading back into the studio. "She's really just easing back into it," he says. "Just a couple of ideas here and there over the last couple of weeks. It's coming out good."

Rihanna's beau, Chris Brown, faced a judge on two felony charges last week, stemming from an alleged altercation that left the pop starlet bloodied and bruised. "She's doing OK -- I mean, of course with the situation, she's all right," Adonis revealed. "You have to remember, she's still a kid," Shropshire continued of Rihanna. "With anybody in the world that goes through something, you have to bring yourself out of it. So I guess her refuge is her music, of course, as it should be."

The producer also confirms that Rihanna's next project will take a similar direction to "Good Girl Gone Bad" -- and she isn't letting the controversy with Brown affect her work. "She's really going in the same direction -- just an evolution of what she already is, you know: super pop-y." He added, "She always brings her best efforts every time she steps into the stage or the studio -- [her next project] will eclipse what she's done before, so it's going to be hot."