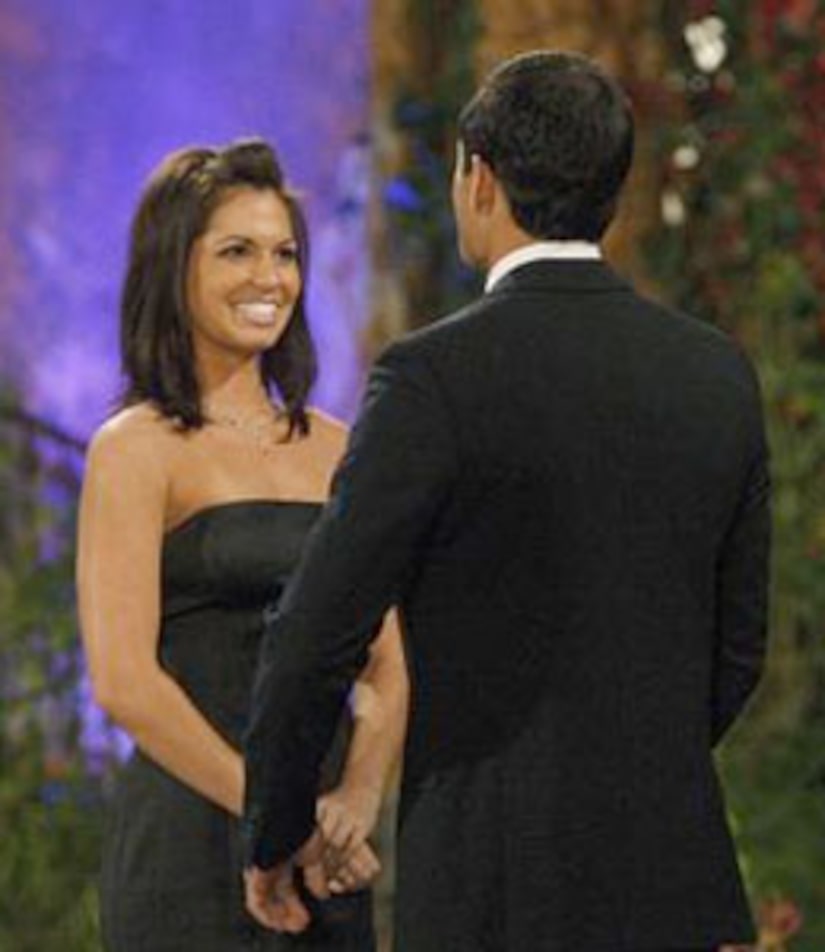 Melissa Rycroft is back on TV for her first interview -- and she isn't holding anything back!

Today the 25-year-old former Dallas Cowboys cheerleader appears on "The Ellen DeGeneres Show" and she's sounding off on being dumped by "The Bachelor" Jason Mesnick.

The end of the couple's engagement was something Rycroft was aware of before she appeared on "After the Final Rose" special. The sales rep tells Ellen, "I knew I wasn't getting dumped. We had already ended the relationship and that was mutual."

What the brunette beauty wasn't sure of was if Jason had a change of heart because of his feelings for Molly Malaney. "He kind of gave up and I couldn't understand why." Melissa says she had a feeling, but she didn't know Molly was truly in the picture until the taping, "...And the second I went out on that stage, he goes P.S. it is Molly..."

Melissa was all smiles during the interview and she's seeing someone special. Ellen pulled up a picture of Melissa and her new boyfriend hugging. Melissa says, "I've known him for two years and kind of done the dating on and off and he has been my biggest rock supporter throughout this whole process."

"Extra" wants to hear your questions for Jason and Molly. Upload your video questions and the happy couple might answer you on Friday's "Extra"!