"American Idol" is one step closer to completing the Top 12!

Twelve contestants took the stage on Wednesday night in hopes of moving on to the next round of the competition, but only three singers would continue. Kris Allen, Allison Iraheta and Adam Lambert made the cut and are one step closer to becoming the next "American Idol." 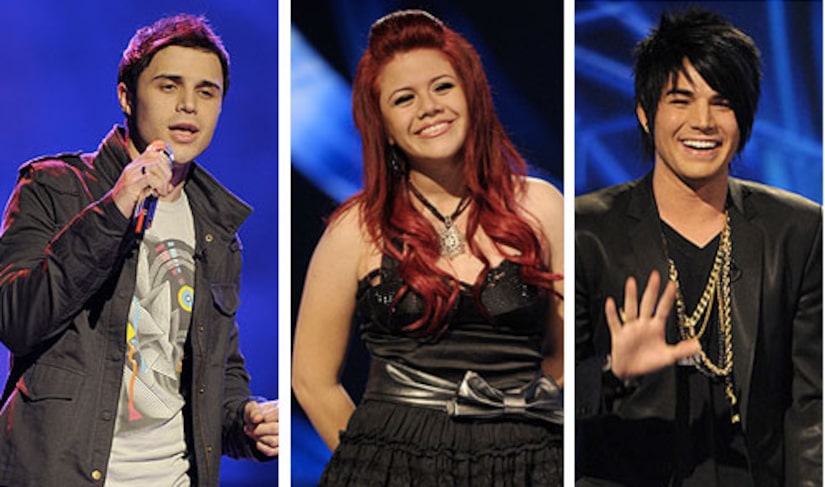 Kris Allen was first to move forward in the competition. Simon Cowell says tweens will soon tire of the Jonas Brothers and could make the 23-year-old Arkansas college student the next big sensation.

Allison Iraheta was chosen second. The 16-year-old high school junior from Los Angeles is being compared to "Idol" season 1 winner Kelly Clarkson. Allison stands out from the crowd with her dyed red locks and funky style. After being selected, Iraheta said, "I'm just so friggin' happy right now!"

The moment of suspense came when Adam Lambert went head-to-head with funnyman Nick Mitchell. Nick calls his comical performing persona Norman Gentle, but Simon was not impressed. Simon confessed to Ryan Seacrest that he had prayed "for about five or six hours non-stop" that Nick would be out. Simon's prayers were answered and Adam joined the top 12.

The final group of 12 of the Top 36 contestants will perform for America's vote this Wednesday on "American Idol."