Did George Clooney skip the Oscars for a date with the President and VP? 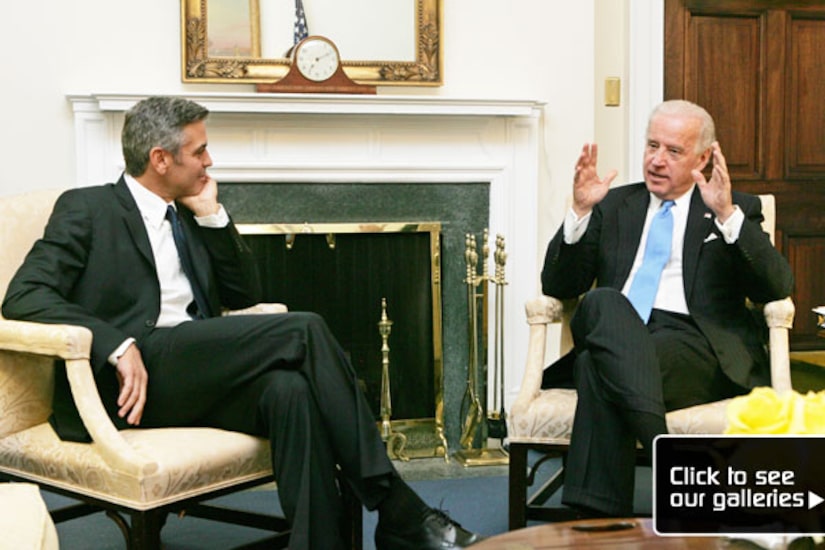 Clooney flew to Washington, D.C. on Hollywood's biggest night. The "Burn After Reading" star met with President Obama and Vice President Biden on Monday to discuss Darfur. The actor delivered 250,000 postcards from campaigners urging the Commander in Chief to help resolve the crisis in the Sudan.

The Oscar winner also confirmed to Larry King he will be on the "ER" finale alongside another Oscar winner! George admitted to Larry, "I'm in the last episode with Susan Sarandon and Julianna Marguiles. So it should be fun."