Is Michael Phelps being set up by a girl who's in cahoots with the paparazzi to make it look like she's dating the Olympic golden boy? 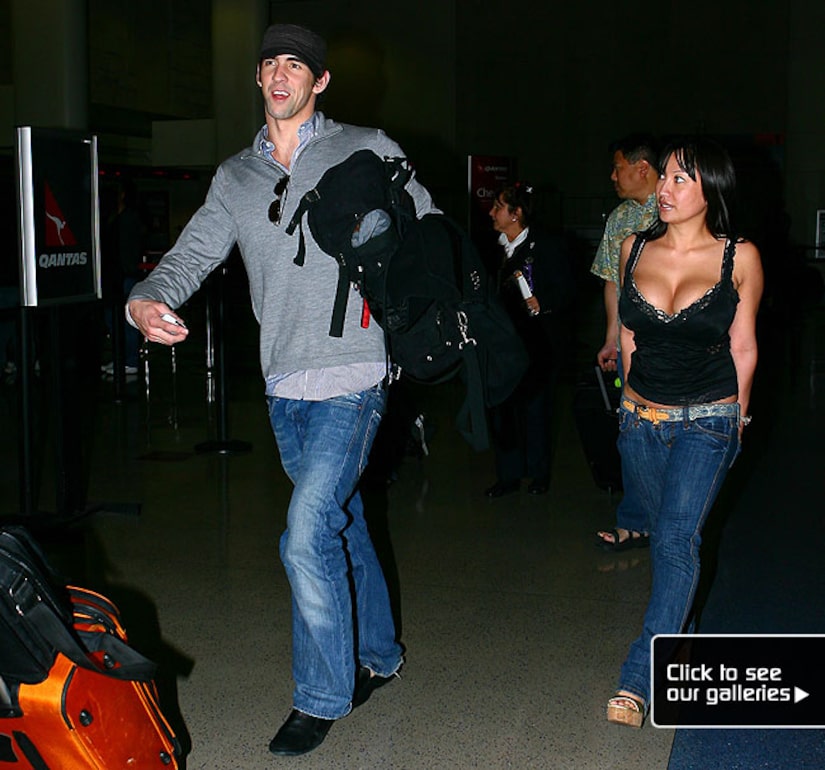 "Extra" is going with true on that one! The sexy swimmer stopped by "Live with Regis and Kelly" to talk about his book, "No Limits: The Will to Succeed." The conversation turned to photos that were snapped of him -- and a girl he doesn't even know! "I've never seen her before in my life," Phelps said on the show. "You guys are pretty original!" Michael said in an apparent message to the people who set him up. "Post somebody up next to me to make it look like we're together!"

Phelps also revealed that this was not the first run-in he's had with the Las Vegas cocktail waitress. "They were following us all day -- it was nuts!"