Jennifer Aniston bares it all on the patriotic new cover of GQ. The actress, long ago labeled America's sweetheart, shows off her incredible body -- and pokes fun when talking about beau John Mayer and Brangelina! 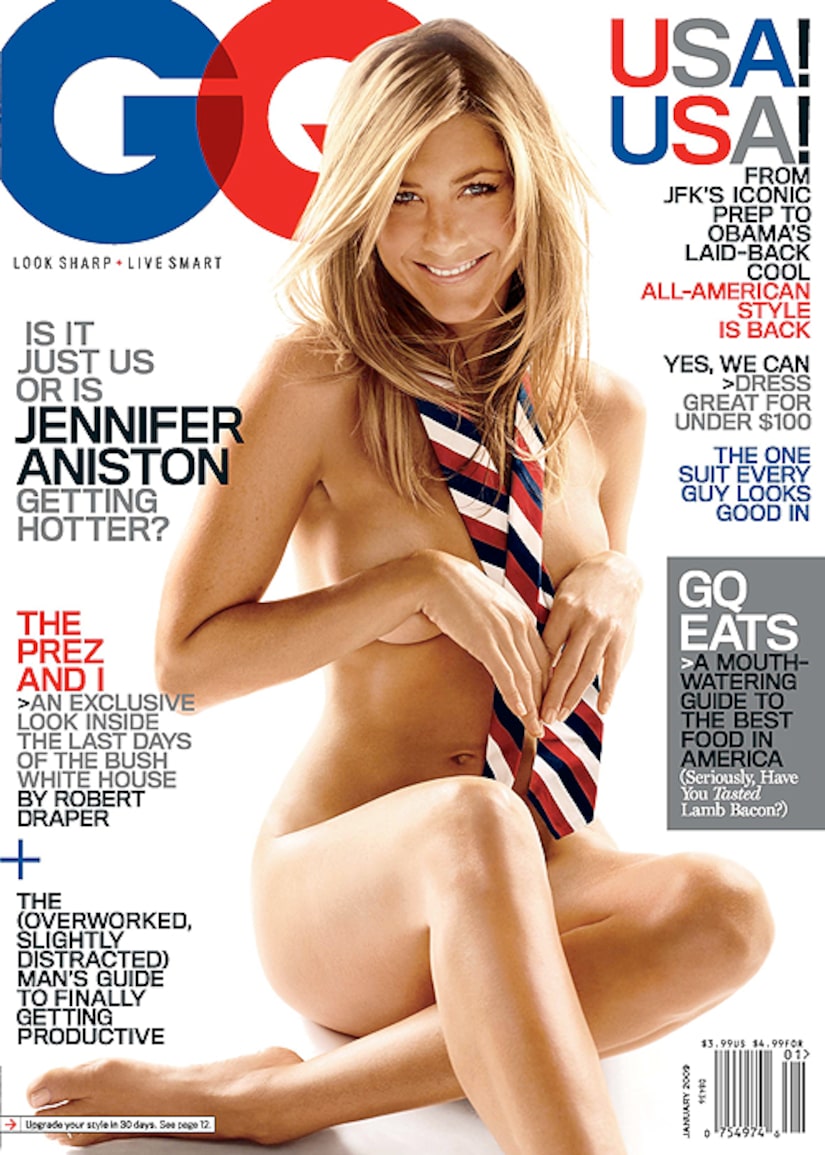 "I am not having his baby -- and I have not popped the question," Jen jokes about her romance with the singer. Aniston also reveals that she's smitten with John, but says she didn't know much about him before they met! "Honestly, I did not know much about him before I met him. I'd heard, you know, uh 'Your Body' -- that song. But what I can say is that I had no idea what an extraordinary musician he is -- and it's just great to sit and be witness that."

The former "Friend" also poked fun at the recent headlines where she called Angelina Jolie "uncool" -- a quote Jen has since insisted was taken out of context. "The funny thing is, people don't realize we all go away to the Hamptons on the weekends," Aniston joked about her relationship with Brad and Angie. "That'd be hysterical: I've got Zahara on my hip, and Knox..." However, when asked if she ever speaks to the "Changeling" actress, Jennifer said, "No. Nuh-uh."

The cover girl also took a jab at singer Mariah Carey. When asked about all the crazy paparazzi attention, she replied, "Maybe they do want you to get all Mariah Carey on yourself and be put into an institution."

Jennifer can be seen on the big screen when her new flick, "Marley and Me" hits theatres December 25.

"Extra" wants to know which Jennifer Aniston magazine cover you think is the hottest? Click here to vote!