John Mayer revealed he and GF Jen Aniston are in a fake tiff over baked goods, and Oprah Winfrey is getting in the middle of the food fight! 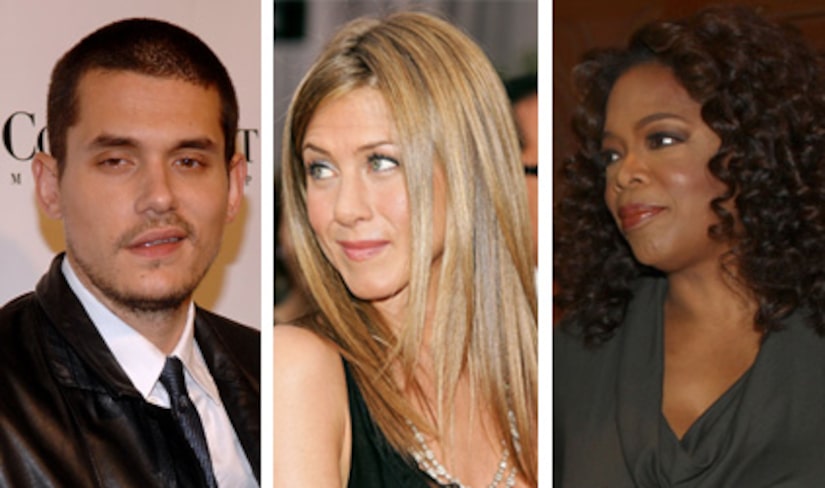 Lady O tells "Extra" she could tell Jen wasn't completely honest when she said she baked a Barack Obama cake by herself, "When she told me she made that cake, I said, 'You made that cake?' And she said, 'Yah, Duncan Hines.' But I said, 'YOU made the cake?' I suspected."

Aniston's take on Cake-Gate will be revealed on Monday's "Extra!"