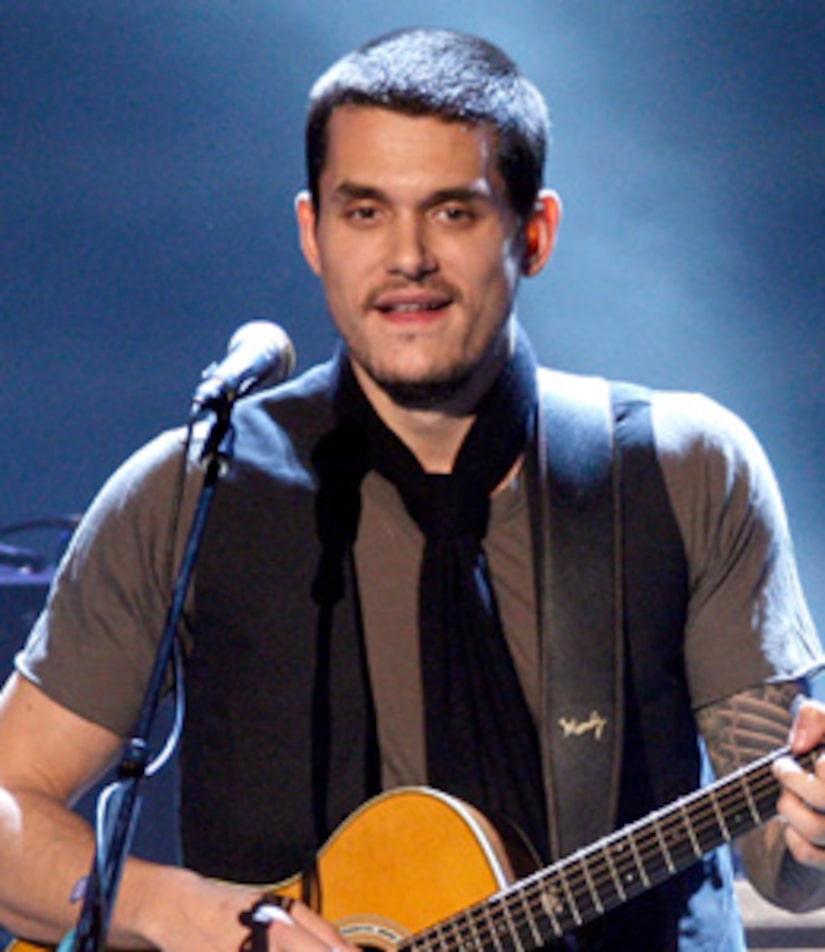 Sexy singer John Mayer let "Extra's" Carlos Diaz in on his and Jennifer Aniston's little secret -- a passion for cooking!

On the red carpet for the Grammy Nominations Concert, Mayer confessed he and Aniston baked an Obama cake she showed off on "The Oprah Winfrey Show." Jen told Oprah she made the dessert for an election night party. Mayer clarified, "Jen and I made that cake together... She didn't really give me any credit for that cake. I was the architect on that cake. I put a lot of my time in designing that cake. I was a good man... I shared the process. From mixing to frosting... she took all the credit."

Mayer continued to joke saying, "There's some trouble but we're getting over it... We're having therapy everyday in Brentwood."

JM performed during the concert special and managed to pick up five nominations as well.