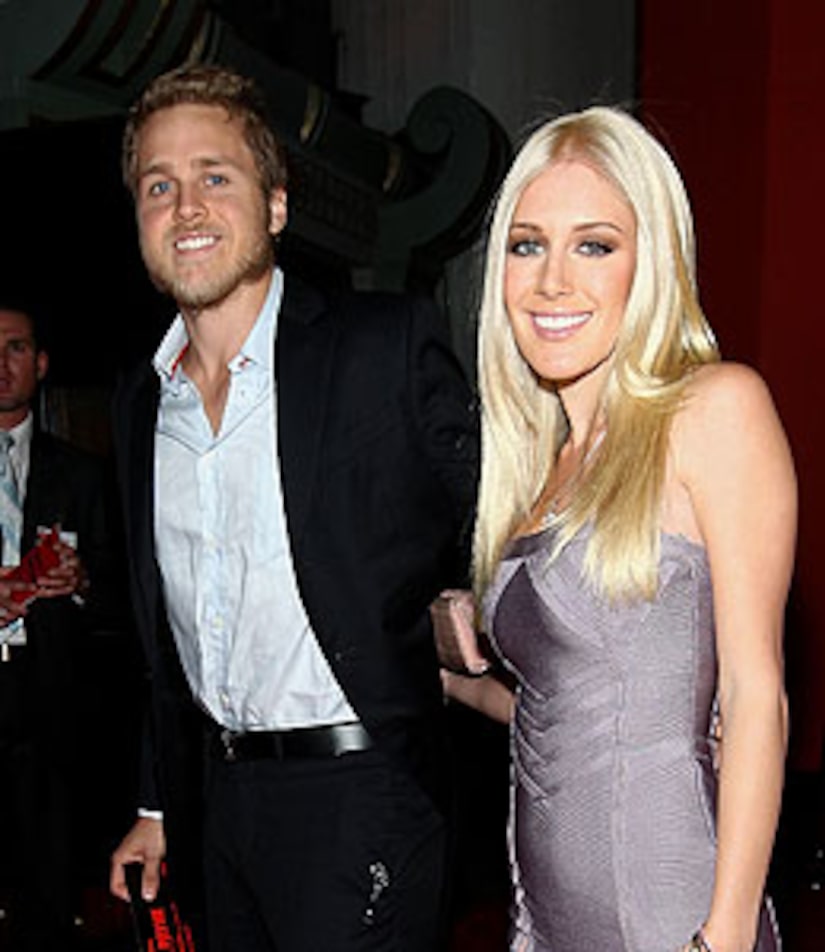 Reality couple Spencer Pratt and Heidi Montag have returned to L.A. after a trip to Mexico became a symbolic trip down the aisle for the lovebirds.

Spencer called in to "The Hills" live post-show to explain why he and Heidi decided to take the plunge -- and say "I do" south of the border. "I have been trying to do this for two and a half years now," said Pratt, as reported by Us Weekly. "It came out of nowhere -- it was my shot... we were chillin' on the beach with Patron margaritas on the rocks, talking about how much we love one another... we thought, 'let's do it!'"

Montag recalled the couples' personalized vows on Monday night. "I really started crying," she admitted. "The love of my life is saying the most amazing things. It was the best moment of my life. It was so surreal. I kept thinking, 'I love this man more than anything in the entire world.'"

Speidi recently told reporters, however, that the union was a symbolic one, and they planned on filling out the legal paperwork in the U.S. to make them officially man and wife.