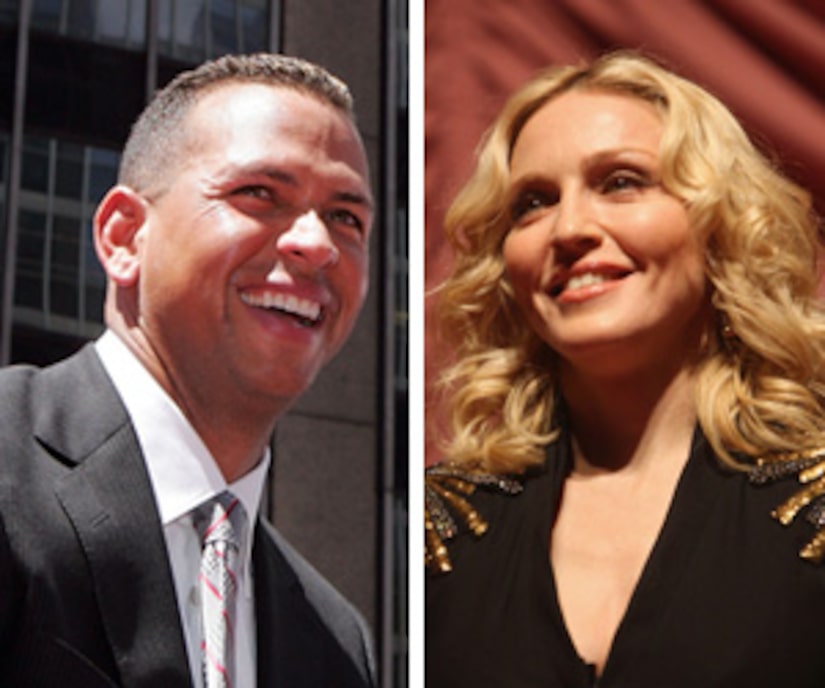 Did rumored couple Alex Rodriguez and Madonna celebrate Thanksgiving together?

Not technically. Yankees third-baseman broke bread with his ex-wife Cynthia and daughters Natasha and Ella in Miami. After the meal A-Rod met up with Madge. The Daily News says A-Rod booked it to Madonna's home on Star Island.

On Wednesday night, Rodriguez sat front-row for Madonna's Miami concert at Dolphin's Stadium. E! reported the slugger passed the Queen of Pop a bottle of water from his seat.

Earlier this week rumors were rampant about Rodriguez planning to ditch his fam on Thanksgiving to spend time with Madonna in New York.