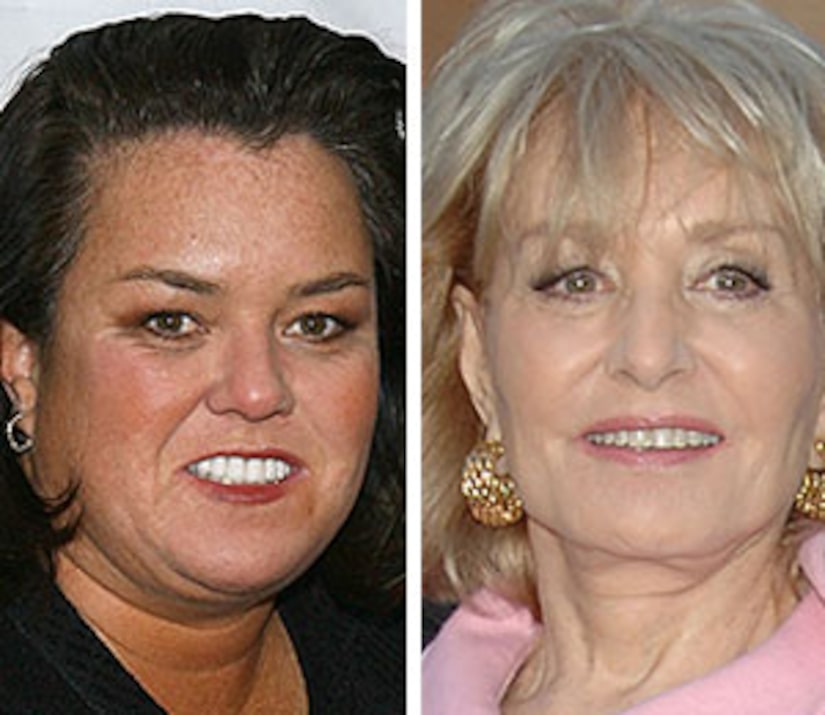 After days of bickering, did Rosie O'Donnell both mock and offer an olive branch to her old "View" boss, Barbara Walters?

That's true. Rosie appeared on the "Today" show and spoke out about her ongoing battle with Walters -- and admitted that she's still got love for her. "I love her," the outspoken O'Donnell said. "Regardless of the fact that to her, I'm the rowdy teenage daughter she can't control, you know?" Rosie also revealed on "Today" that she's reached out to Babs via email.