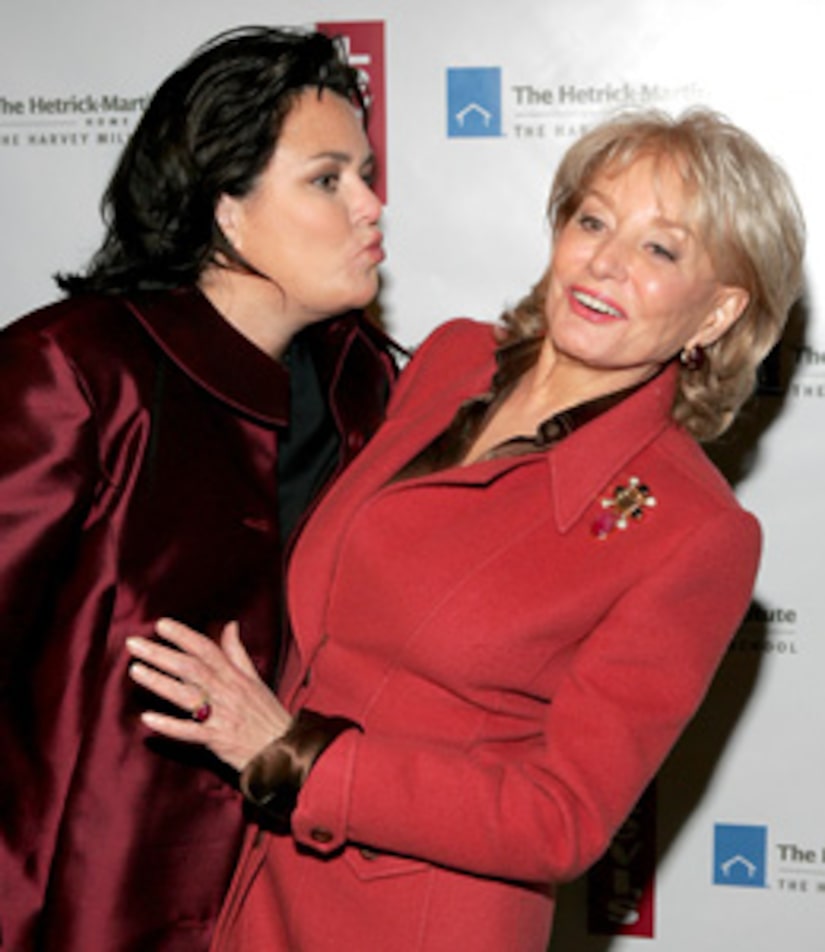 Rosie O'Donnell isn't done dissing "The View." Last night on "Late Night with Conan O'Brien", Rosie couldn't keep her mouth shut when it came to Barbara Walters and her co-hosts.

O'Donnell, sarcastically, informed O'Brien she "didn't have a career before the show" and she is "very thankful" for the boost the show gave her career. Before her brief stint Walter's ABC talk show, Rosie won multiple Emmys for her own "The Rosie O'Donnell Show." The days of flying Koosh balls and The Queen of Nice are long gone.

The root of this whole beef? Babs is angry over Rosie's claims that Walters sugarcoats the relationships between the ladies of "The View." Rosie told Conan, "She now loaths me. I still do enjoy her... I'm not sure I'm going to be a guest on that show again."