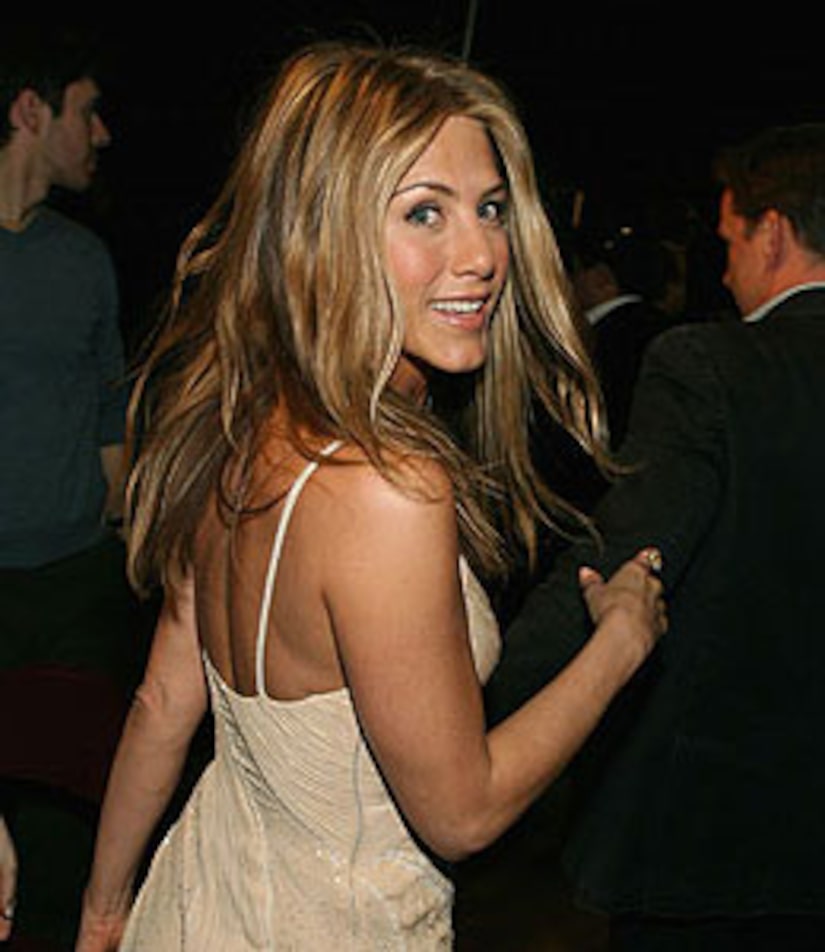 Jennifer Aniston appeared on "The Oprah Winfrey Show" this week -- and Lady O went from a hug... to the jugular in no time flat! "Dating John Mayer or not?" the talk titan asked. "Yes!" answered a stunned Jen.

The questions kept coming for Aniston, as Oprah pressed her on pregnancy rumors. "No," Aniston said. Oprah also asked Jen about her controversial Vogue interview in which she called Angelina Jolie "really uncool" for admitting she fell in love with Brad Pitt on the set of "Mr. and Mrs. Smith." Jen then defended her ex, saying Brad has "done some amazing things in the last couple of years... so I just think he's doing great."