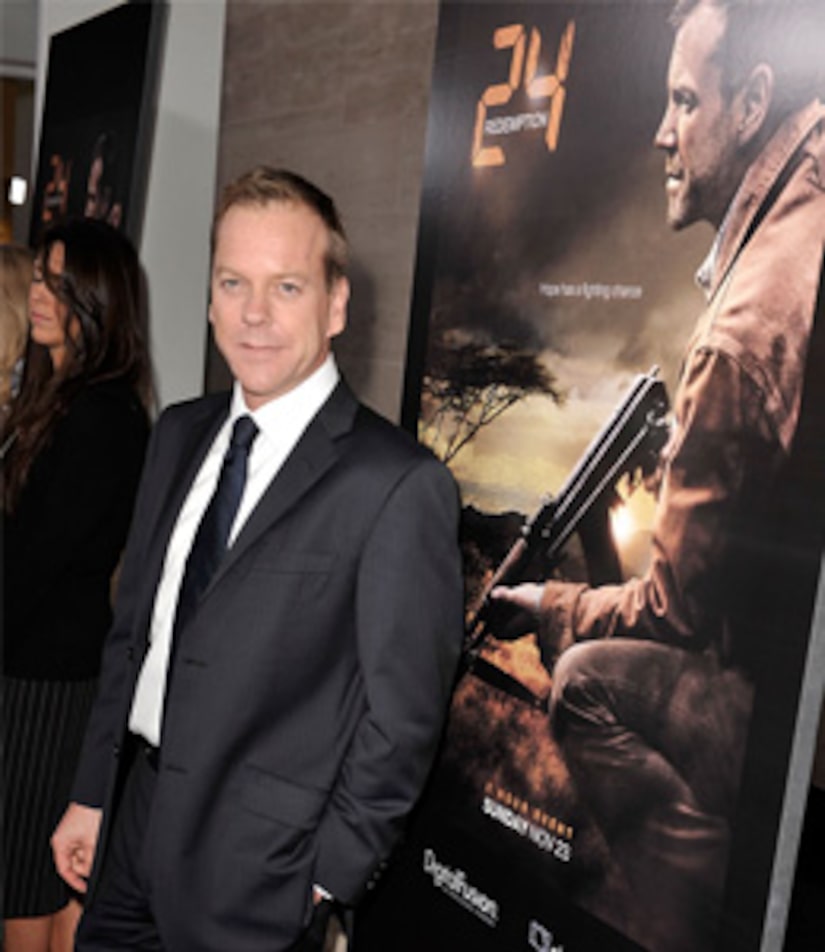 "Extra" got the scoop from "24" stud Kiefer Sutherland -- about the election, his family and past -- at the opening of his photography collection "24: Redemption-Captured In Africa" at the Paley Center for Media in Los Angeles.

Sutherland said of his hobby, "I started taking photographs a long time ago in New York when I couldn't find work as an actor and I was trying to keep myself busy." The collection offers a rare inside look at the making of the "24" television movie in Africa.

The "24" episode featured actor Dennis Haysbert as an African-American President of the U.S., but Kiefer doesn't think the show swayed voters on Election Day. He does, however, believe TV is a powerful medium. "I don't want to diminish the power of television. If you show things on television and if you get people to believe things are possible, then that certainly is powerful too."

Sutherland also let "Extra" in on an unusual secret. The Emmy winner revealed he traveled with a rodeo before making it big as an actor, "I did it for about four or five years, and toward the end of that, I got better and I won a couple of ropings and it was a really special."