Did Madonna invite both Justin Timberlake and Britney Spears to perform with her tonight in her Sticky and Sweet concert at L.A.'s Dodger Stadium? 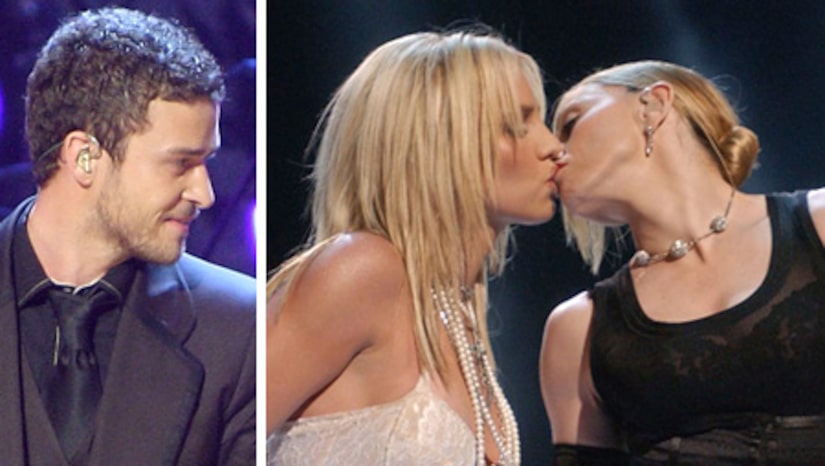 The busiest man in showbiz, Mr. Ryan Seacrest, is stamping this rumor as totally true! Seacrest broke the news yesterday afternoon on L.A. radio station KIIS-FM, "If Justin and Britney end up on that stage with her... I don't know if I've ever seen anything quite like that before."

Rumors have swirled about Timberlake and Spears collaborating on each other's records, but the former flames continued to live separate lives. Brit hasn't appeared on a stage with Madge since they puckered up during their 2003 MTV Video Music Awards performance.