President-elect Barack Obama promised his daughters a presidential puppy -- but is this poodle the pooch he chose to be First Dog? 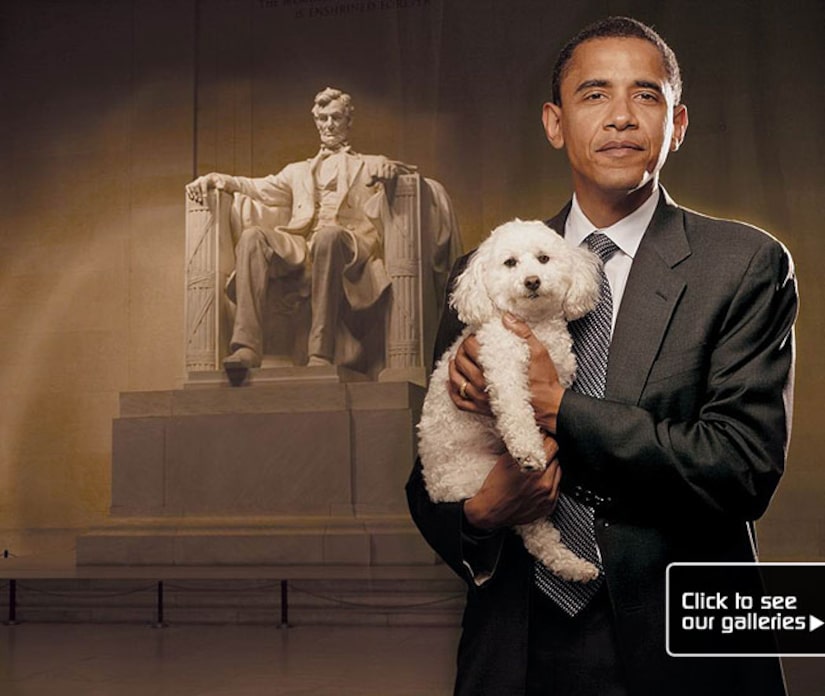 That's false. Barack Obama met with author Jana Kohl and was so inspired by Kohl and her rescued pup, Baby, that he agreed to pose in this picture for her book, "A Rare Breed of Love: The True Story of Baby and the Mission She Inspired to Help Dogs Everywhere."

Obama has announced that his family plans to adopt a canine to join them in the White House, to raise awareness about the inhumanity of puppy mills -- and why they need to be shut down.