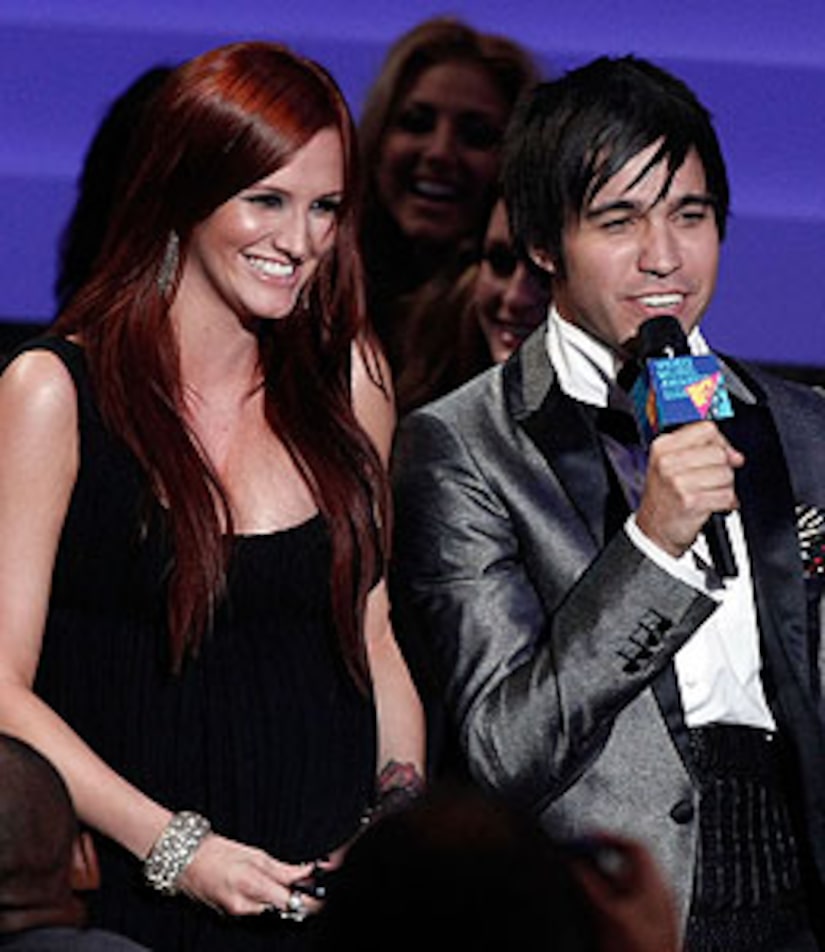 Rocker couple Ashlee Simpson-Wentz and Pete Wentz celebrated the impending arrival of their baby with a Winnie the Pooh baby shower -- and a star-studded guest list!

"She was glowing and insanely happy," a party source tells People magazine of the mom-to-be. The Fall Out Boy popped by the bash -- held at the Hotel Bel Air -- to support his wife. "He was so excited too!"

Jessica Simpson, Nicole Richie and baby Harlow, and actress Emmy Rossum were among celebrity attendees at the 24-year-old's shower. The "Pieces of Me" singer and her pals noshed on a southern meal of chicken and mashed potatoes, and Ashlee received baby gifts including baby snowboarding gear, and goodies from Kitson Kids.