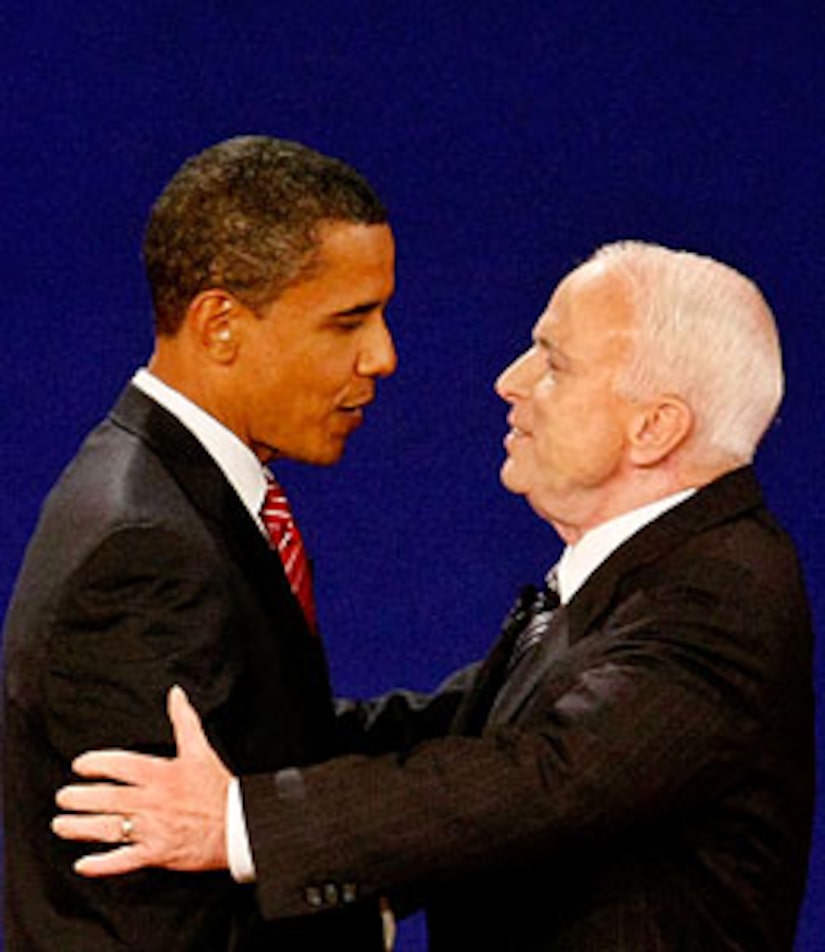 Politicians are jet-setting all over the country -- and "Extra" is taking a peek at their Election Day itineraries!

Senator John McCain is voting in Arizona, after a seven-state marathon, while his opponent, Barack Obama, is balloting with his family in Chicago. Both of the presidential candidates sent last-minute election messages out during Monday Night Football halftime last night.

When asked what he wanted his supporters to think, McCain said of himself, "I want them to think he could go all the way to the White House!" In his spot, Obama said, "This is a big election -- make sure your voice is heard."

MSNBC anchor Chris Matthews says that no matter who takes the vote today, one thing is certain: "The number of people who voted today is through the roof -- there's nothing like it. Nothing like it."