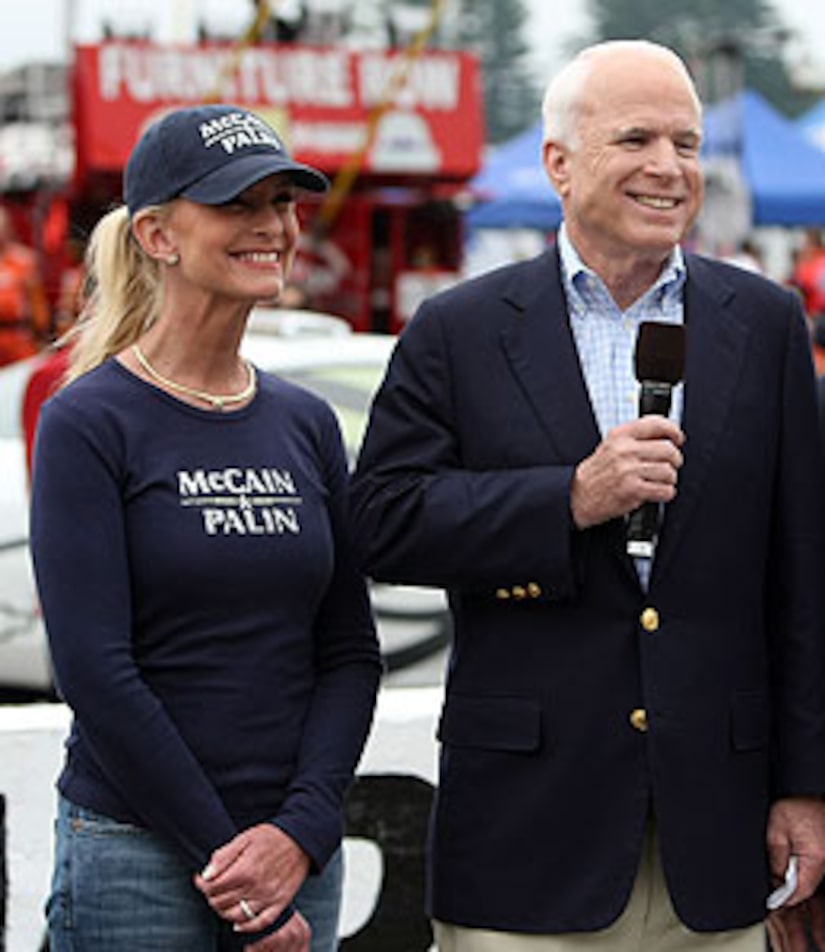 Cindy dished to Ryan Seacrest on his morning radio show, "We have a routine we've done for years. We'll go vote, and then we'll go to the movies."

Cindy said she's not sure which flick they'll see, but they do know they'll chow down! "We'll come back and have Mexican food and then probably watch some TV. And by then, it'll be late afternoon and the returns will start to come in."

Seacrest kidded, "So you're watching 'High School Musical: 3' and having a burrito?"