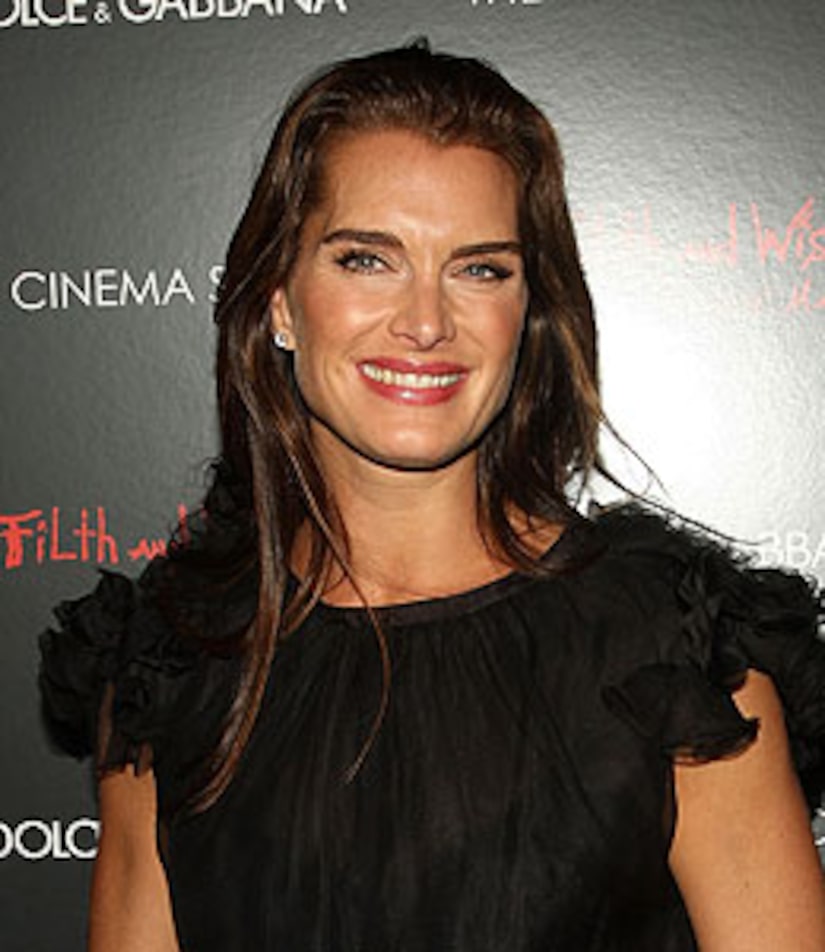 Sexy "Lipstick Jungle" star Brooke Shields balances her acting career and family life with her two young girls, now she reveals to "Extra" that she wants to expand her brood.

"We would adopt," Brooke says, speaking for hubby Chris Henchy. "I think it might be the next thing. There are a lot of babies out there in our immediate backyard that need families, so I'm starting to think about that."

Daughters Rowan, 5, and Grier, 2, were born into showbiz with their actress mom and producer pop, but is Brooke willing to let them have a shot at life in the limelight? "There's a part of me -- the stage mom part of me -- that thinks they're genius," Shields confessed. "The other part of me hopes to God that they don't want to do it, because it's just too hard... it's based on rejection, so I hope they don't."

Brooke catapulted to stardom with her famous Calvin Klein ads and with a lead role in "The Blue Lagoon" in 1980. She starred opposite Christopher Atkins -- and after twenty-eight years, Shields has still kept in touch with the fair-haired actor. "Every now and then we run into each other, and he's got a beautiful family, so we keep in touch."

Shields was a guest judge on "Project Runway" this season -- to find out what made her emotional during the filming, click here.