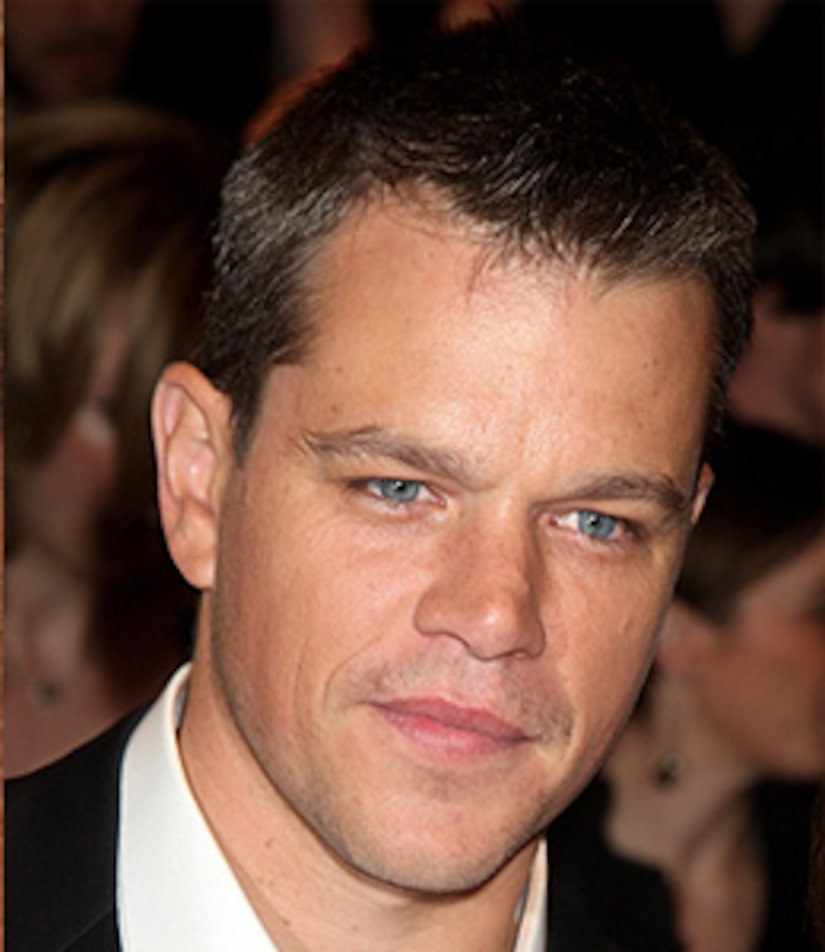 Matt Damon had harsh words for VP candidate Sarah Palin last month, calling the possibility of her becoming President "absurd" and "like a bad Disney movie" -- and said he has no regrets, telling "Extra," "I completely stand by what I said."

The staunch Democrat, who recently traveled to Haiti in support of Bill Clinton's relief efforts, stands firm against Palin -- but surprisingly, Obama's staff has convinced him to rethink his tactics! "They say, 'Stress the positive, that's how you can help us,'" he explained.

Matt is in San Francisco for the star-studded One by One Foundation fundraiser, where he spent the day handing out food to the needy. An "Extra" Friend asked him via webcam, "What made you choose this charity in particular?" and Matt said, "There are so many kids that are vulnerable here at home and around the world... I just like the fact that One by One tries to focus on all of them."

Staying on the positive? Not so hard after all!