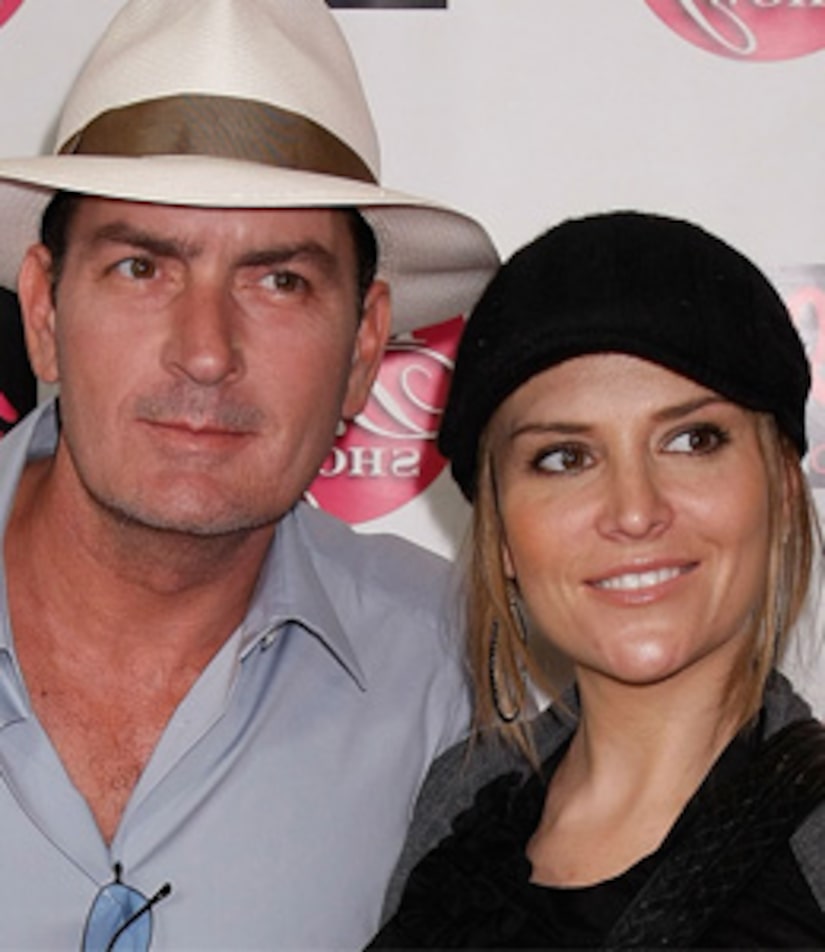 It's official: Brooke Mueller is having twin boys! Brooke came only to "Extra" with the news that she and hubby Charlie Sheen are expecting the boys this spring.

Mueller, now in her second trimester, has suffered through bouts of morning sickness, but tells "Extra" that she is "thrilled" about the babies.

She also revealed only to "Extra" that she had surgery when she was nine weeks pregnant to remove gallstones and that her gallbladder was taken out due to an infection. She was in the hospital for five days, but tells "Extra" that she has recuperated nicely and is healing well.

The duo, who announced the baby news in August, have been talking about kids since tying the knot in May. "Hopefully triplets!" Brooke has told "Extra" about her baby plans.

Have Charlie and Brooke already picked baby names? Click here to find out!