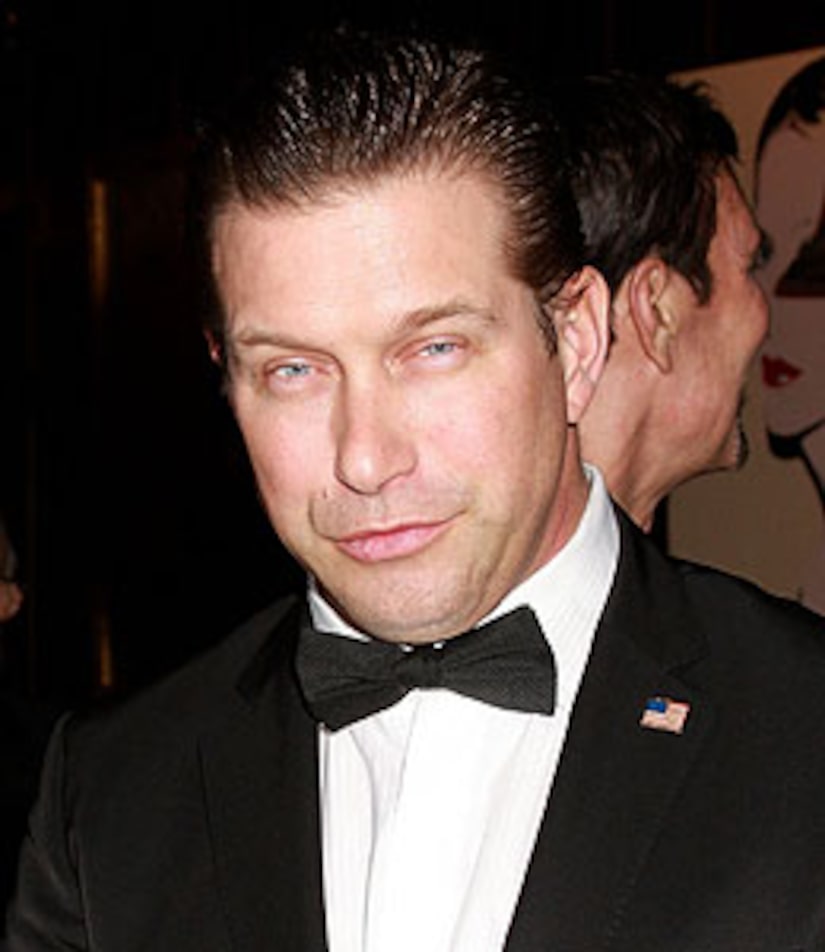 During her "Saturday Night Live" spot this weekend, Sarah Palin joked to Alec Baldwin that his brother Stephen is her favorite in the Baldwin family -- and Stephen tells "Extra" that he's ready to be the Alaska governor's go-to guy.

"After Joe the Plumber and all the hype he's getting, it's making me think that to be the number one Republican kind of poster boy, I have to challenge Joe the Plumber to a UFC Smackdown," jokes the "Shark in Venice" star.

Stephen told "Extra" he thought Palin was on her mark during her sketch, saying, "I thought she was hilarious, a good sport... I think McCain was brilliant in choosing Sarah Palin because now 'SNL's' ratings this past Saturday were the highest in fourteen years."

He adds, "You could bet your backside that Lorne Michaels is going to accept her invitation... She's already said she'd be glad to do it again."

Baldwin also admits he's backing the GOP ticket, stating that Palin "is fantastic and more qualified to potentially be V.P. than another individual; maybe to be president." Stephen praised the Republican competition, saying, "Barack Obama is a brilliant man, very talented, very intelligent... It's my opinion John McCain is the better choice. More experience to be president."