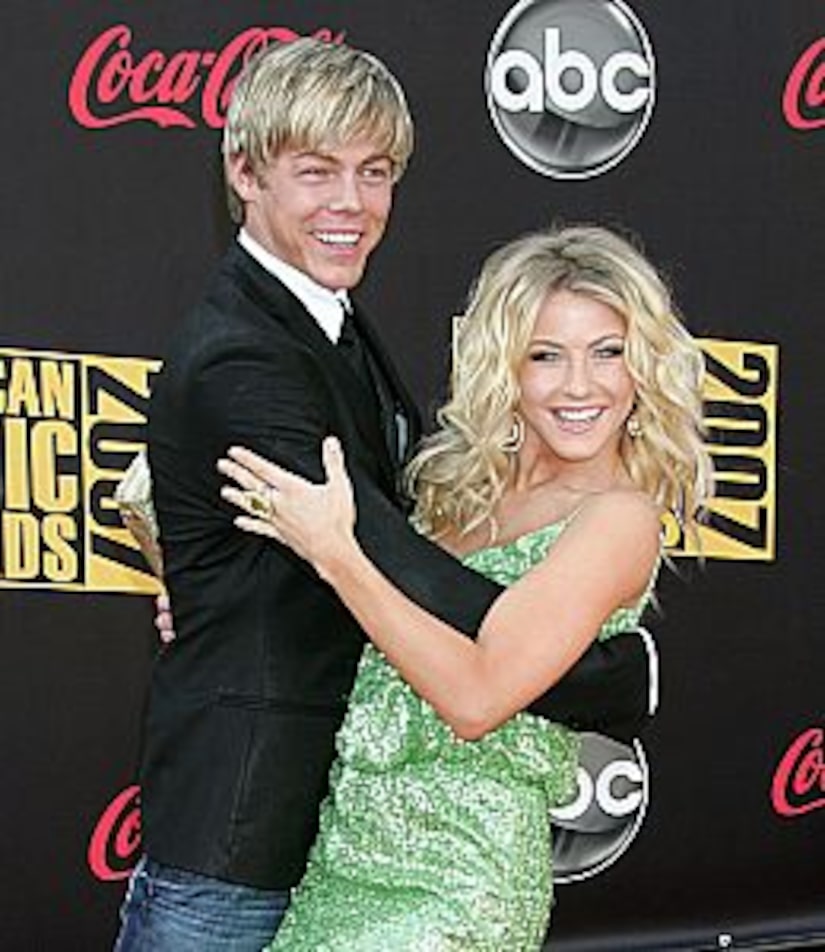 Four new dances were introduced to the "Dancing with the Stars" contestants' repertoire -- the hustle, jitterbug, West Coast swing, and salsa.

The jitterbug is where things got hot. Siblings Julianne and Derek Hough brought back the '40s with two routines that wowed the judges -- and the audience. Julianne and "Hannah Montana" partner Cody Linley were worried about their routine, but ended up red hot!

Judge Bruno Tonioli said, "That wasn't a jitterbug, that was a firebug!" When the couple received a solid score of 28, the crowd didn't agree -- and booed the judges.

Brother Derek surfed the web to teach himself and partner Brooke Burke a jitterbug routine. Brooke's pink poodle skirt swirled around the dance floor with ease -- and helped the couple keep their title with an almost perfect score of 29.

Cloris Leachman danced a comical salsa with Corky Ballas that was a huge crowd pleaser, but garnered the two a low 21 -- as did Lance Bass, who slipped during a West Coast Swing routine. Toni Braxton attempted to prove she is a competitor. Susan Lucci narrowly missed a low 3-way tie with 22.

Tonight, one more couple will be eliminated from the competition. find out on "Dancing with the Stars" tonight!