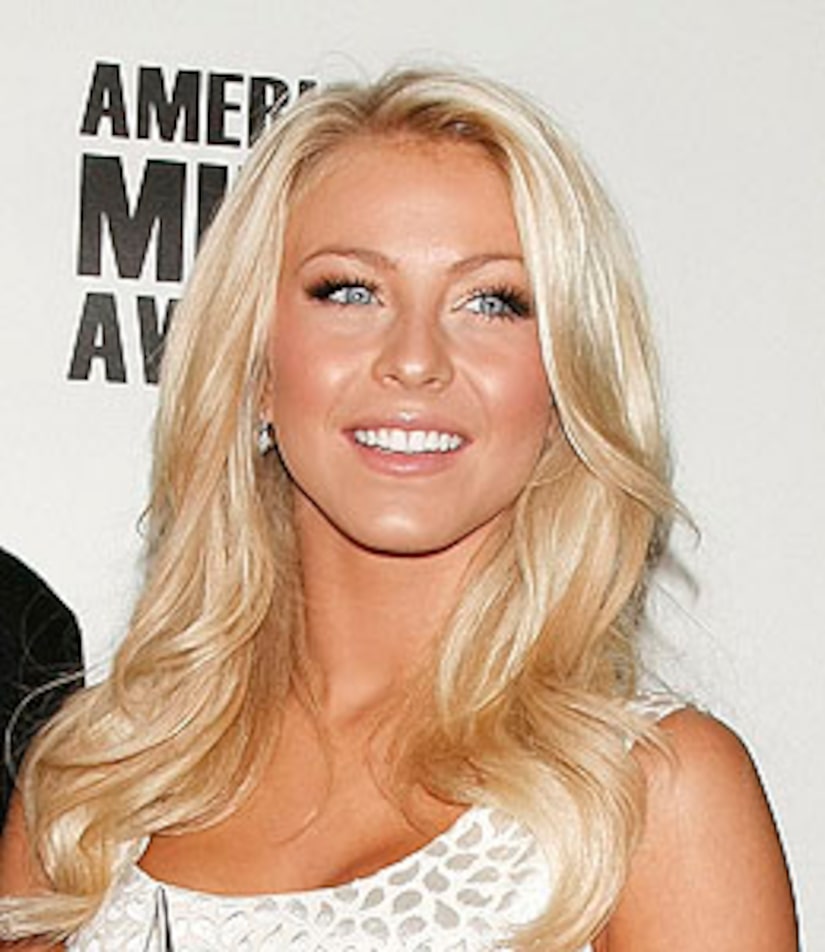 "Dancing with the Stars" sweetheart Julianne Hough was hospitalized after her performance -- and fellow dancer Corky Ballas gave "Extra" the scoop.

Ballas told "Extra" that the country singin' cutie was having an off day. "I think she had a little tummy ache. She wasn't feeling well. That's all I saw. She had a really, I think, pretty tough day today." Hough was reportedly taken to Cedars-Sinai Medical Center by ambulance after the taping of "DWTS" on Tuesday night.

Corky added, "She sang twice... because she pre-recorded a show. She had to do that, and then she had the honor dance with Cody -- and then we had yesterday. So it's quite a stressful day after a big Monday night to do a Tuesday night. And I just think the body breaks down... just a little tummy ache -- and no big deal."

A rep for Hough told People magazine that Julianne did not collapse after the show, despite reports suggesting she had.