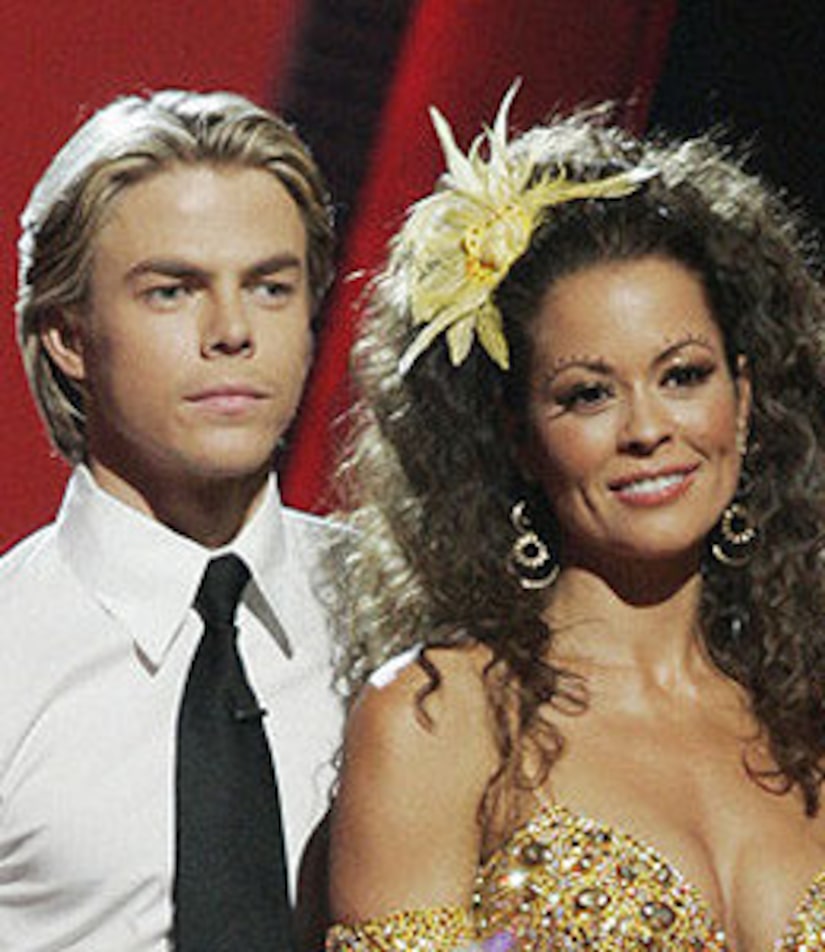 "Extra" has learned Brooke Burke was taken to the hospital today after injuring her foot. The "Dancing with the Stars" frontrunner was taken to Cedars-Sinai Medical Center -- where it was determined she had a severe bruise -- but can dance again! Hallelujah!

An ABC spokesperson told People that Brooke was performing the jitterbug with partner Derek Hough during rehearsal yesterday when she came down hard on her right foot.

Is there a "Dancing" curse? This season alone, Misty May-Treanor ruptured her Achilles and was forced to withdraw from the competition, and earlier, Jeffrey Ross suffered a scratched cornea after an accidental poke in the eye from partner Edyta Slwinska.