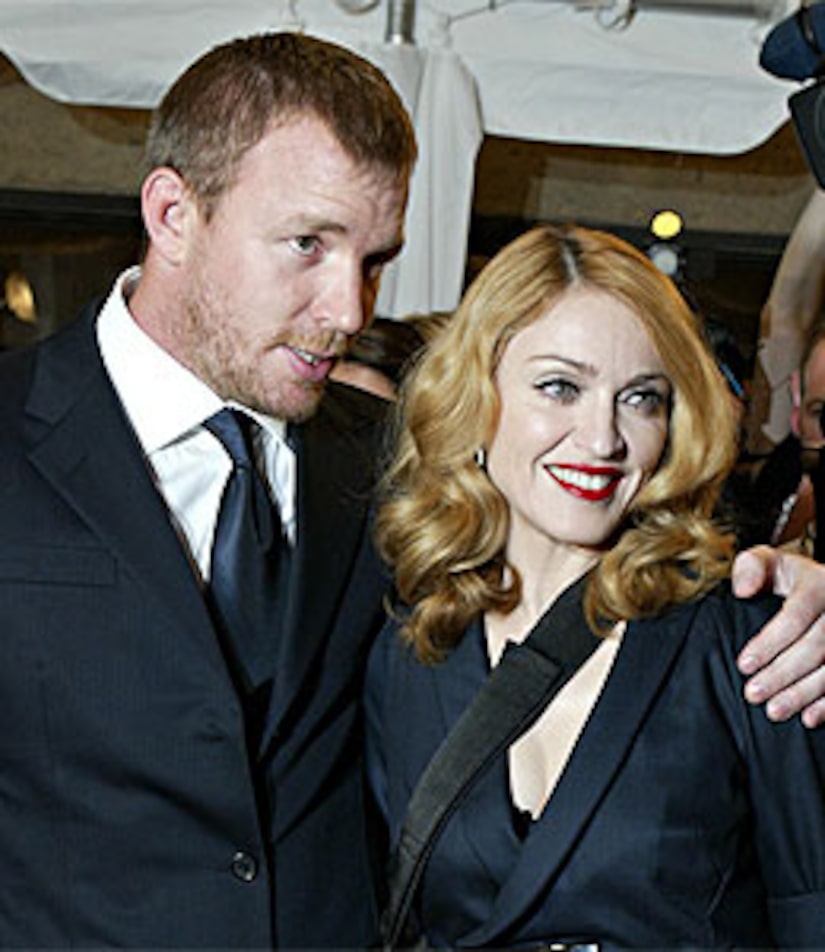 Seven years after their fairy tale wedding at a Scottish castle, "Extra" is looking back at the candid moments we shared with Madonna and Guy.

In 2001, a proud Mrs. Ritchie went public with her new hubby at the premiere of Guy's movie "Snatch" -- where Guy looked at her proudly and said, "She's Mrs. Ritchie after all. Look at that." Madonna didn't slow down her fast-track music career, and toted her family along on her 2004 tour. Backstage, her Guy admitted that his wife wouldn't stray from the fast lane. "I don't think she's going to slow down." The Material Girl -- a self-confessed workaholic -- agreed. "I don't have a lot of free time -- I work a lot. It drives my husband insane."

Madge also confessed her desire to add to her then-brood -- daughter Lourdes, from a previous relationship with Carlos Leon, and son Rocco, with Ritchie. "I would -- why not? The more, the better -- more work, less sleep."

In 2006, the couple adopted son David from Malawi -- but the addition to their family didn't shore up their rocky relationship.

Guy is now filming "Sherlock Holmes" in London, while Madge continues to take the stage on her "Sticky and Sweet" tour.