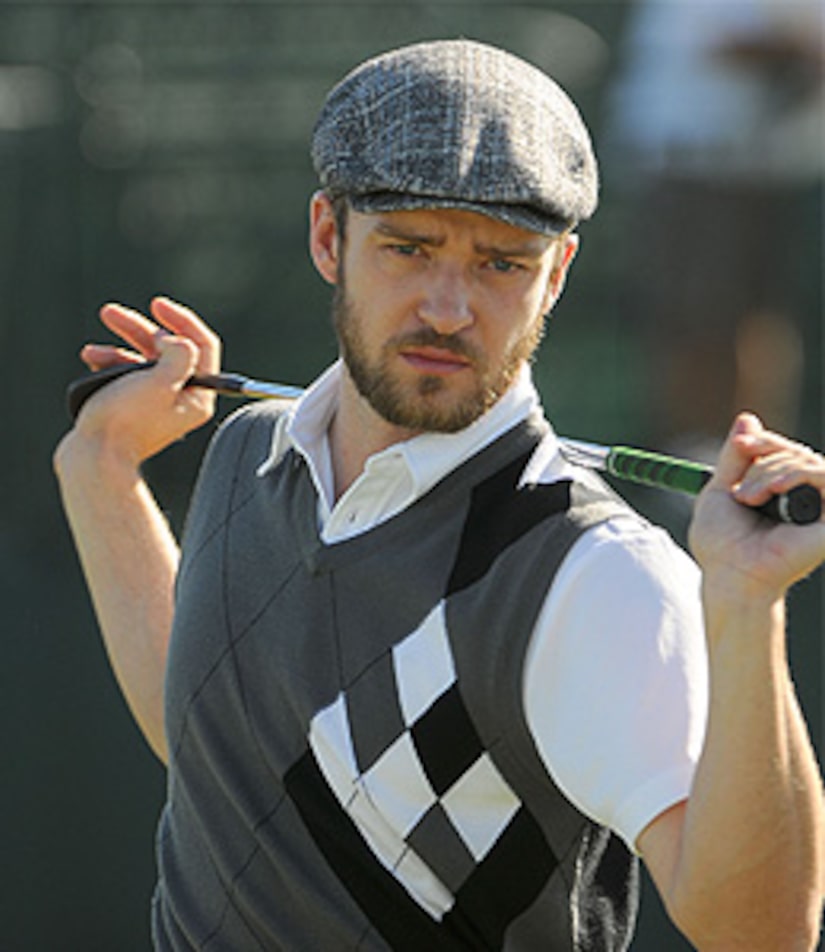 When Justin Timberlake isn't asking Las Vegas to "Put their vote in a box," he's practicing his mean golf swing!

The sexy singer spoke with "Extra" correspondent Terri Seymour about his fave pastimes. "There's only one or two things I'd rather do than play golf -- that I can't talk about on television." Censoring JT right off the bat!

JT is hosting the Justin Timberlake Shriners Hospital for Children Open in the desert. The tournament wraps up this Sunday.

The Southern serenader hits the Planet Hollywood Resort and Casino stage for a one-night only performance. But don't expect J.C., Joey, Chris, and Lance to be joining him anytime soon. Justin cleared up *NSYNC reunion rumors, saying, "I don't want to lie to you and disappoint you at the same time, but there's been no talk of that." Clearing up rumors and bursting teenie boppers' bubbles!