Hugh Hefner may be saying sayonara to current girlfriends Holly Madison and Kendra Wilkinson -- but don't expect the Playboy mogul to live alone in an empty house. 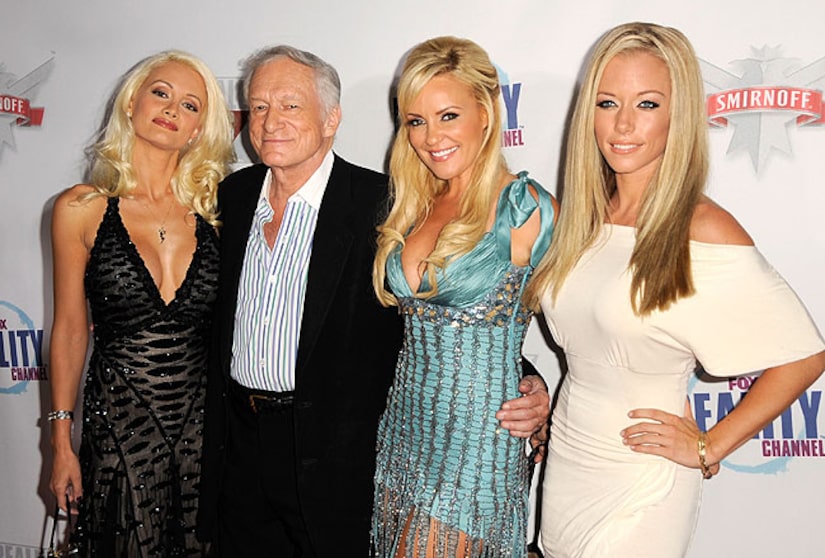 Hef confirmed to AP that twin Playmates Karissa and Kristina Shannon, 19, have moved into the mansion, but he's not dating them -- yet. "It's now apparent there will be some new faces in my personal life and on the show," he said.

Hugh confirmed his split with Holly, saying, "If Holly says it's over, I guess it's over."

Fellow "Girl Next Door" Kendra admitted things were over between her and Hef on the Chelsea Handler show Tuesday night -- and confirmed she was now seeing pro-football player Hank Baskett.

The 82-year-old magazine publisher has been down due to the house changes -- but remains optimistic for the future. He said, "There's been moments that I've been down in the dumps about all this, and (my personal assistant) Mary told me to cheer up and pointed out that there are girls lined up outside the front gate. At my age, that's hard to believe, but it seems to be true."