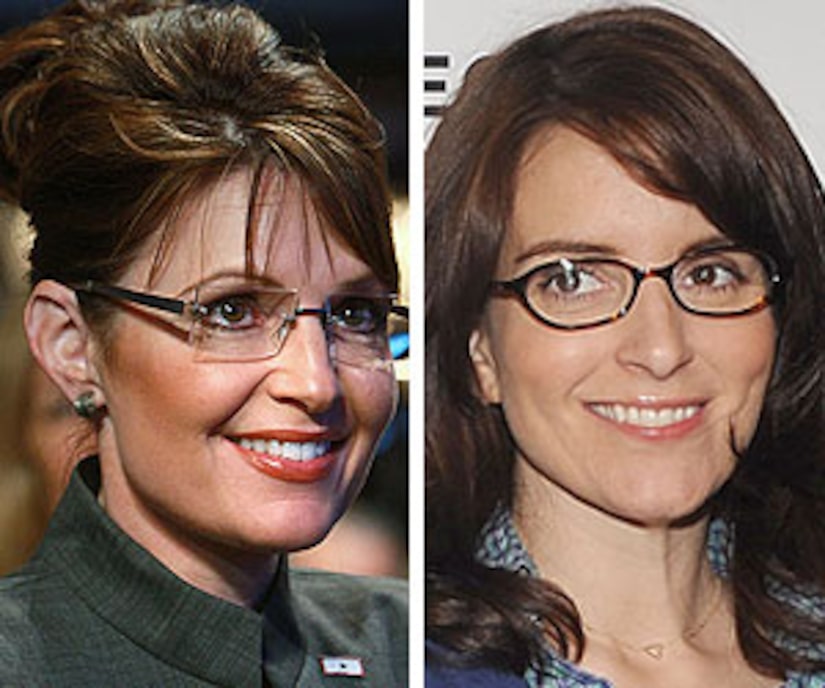 The real Sarah Palin may be turning the tables on her spot-on impersonator Tina Fey -- by appearing on "Saturday Night Live" and poking fun at the comedienne's American Express commercials!

When "SNL" executive producer Lorne Michaels was asked about a Palin spot on his show, he told AP, "All in good time." Michaels said he hasn't sought out the GOP VP hopeful to make a guest appearance, but John McCain's camp called after Tina's first spoof to say they enjoyed it.

Lorne said that when McCain picked the Alaska governor as his running mate, Fey was immediately cast as Palin by fans -- even though she was no longer a cast member of the sketch show. "There are certainly people here who could have played her and played her well," Michaels said. "But the audience would have been disappointed if it had not been Tina -- they cast her."

Michaels was able to convince the "30 Rock" star to poke fun at Sarah for the past three weeks -- and in that time, "SNL" has enjoyed a 49 percent jump in viewers over last year, according to Nielsen Media Research!

Palin told reporters earlier this week that she was game to film the show with Tina, whose impersonations she calls "hilarious." Sarah stated, "I love her, she's a hoot and she's so talented. It would be fun to meet her, imitate her and keep on giving her new material."