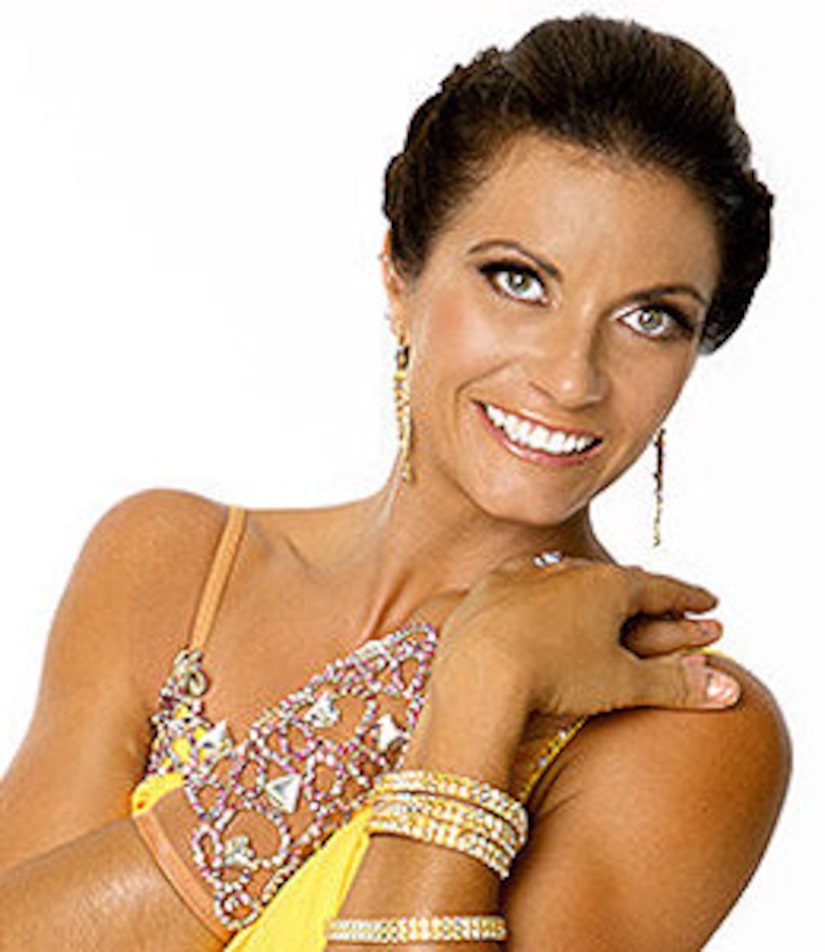 Professional volleyball player Misty May-Treanor has pulled out of "Dancing with the Stars" after pulling up with a torn Achilles tendon -- but the 31-year-old will still be rooting from the sidelines.

"It felt like I got hit in the back with a baseball bat," Misty tells "Dancing" host Tom Bergeron of the injury. "I am out, but I am not out of cheering on the competitors and keeping in touch with everybody."

May-Treanor, on crutches and wearing a large cast on her left leg, confirmed that she was going under the knife on Tuesday. "I know that with this injury, I'm going to come back even stronger," she declared.

The net had been abuzz with rumors that Misty would be replaced by ousted dancer Kim Kardashian -- but it simply was not to be. Co-host Samantha Harris said Tuesday's show would shed light on how the competition would progress without May-Treanor.