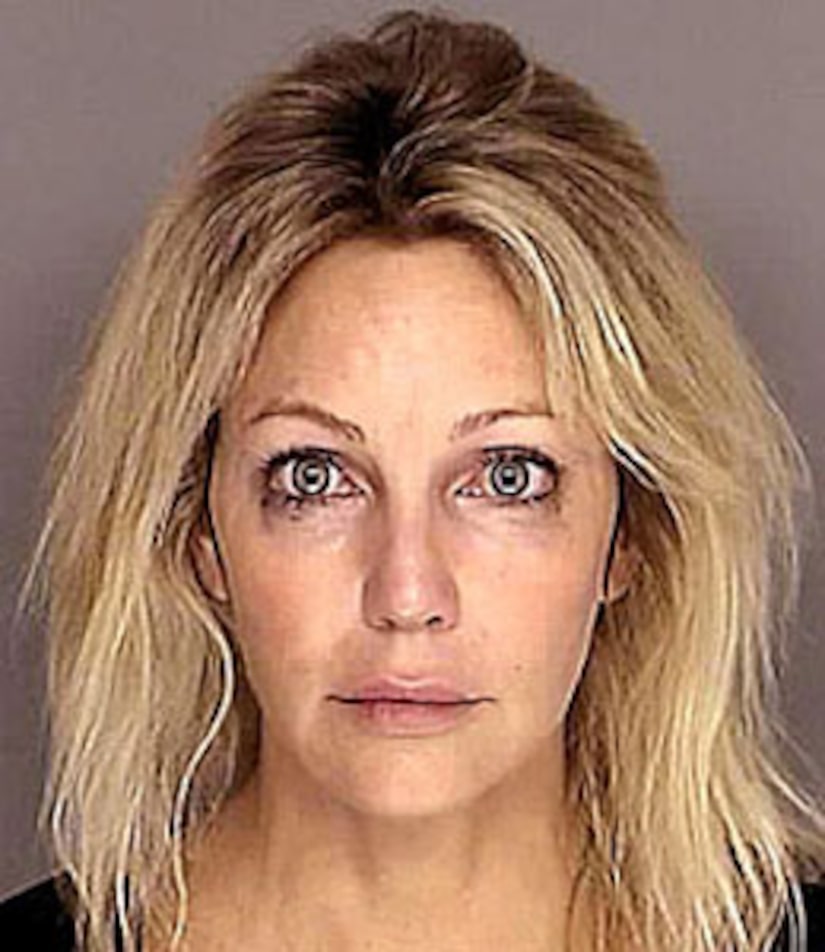 "Extra" has new details about the shocking arrest of actress Heather Locklear, who was taken into custody in Montecito after being suspected of driving under the influence of drugs.

Photogs snapped pix of the former "Melrose Place" star performing a breathalyzer test, then a field sobriety test, and finally being cuffed and placed in the cop car. Locklear -- who turned 47 just two days before her arrest -- was booked in Santa Barbara County after a concerned onlooker called 911 because they saw Heather driving erratically.

The witness reported Heather driving back and forth over a pair of sunglasses -- revving her engine before driving away. TMZ's Harvey Levin tells "Extra" that while Heather was arrested, she may have an unusual defense. "She was not driving that car when the officers came upon her," says Levin. "The only person who saw her was a resident in the area."

"Extra" has obtained the CHP report filed after Heather was arrested for "obvious impairment." Alcohol was ruled out as the substance allegedly impairing Heather's driving abilities, but not a controlled substance.

Locklear has been dating former "Melrose Place" flame Jack Wagner, and was reportedly flashing what looked to be an engagement ring when she was picked up by police.

It's been three months since Heather completed a stint in rehab for depression and anxiety. MomLogic.com's Dr. Shannon Fox says that questions will be raised after this arrest. "Once she gets out of treatment, it really is her responsibility to continue with her medication... and to continue with the medication exactly as it was prescribed."