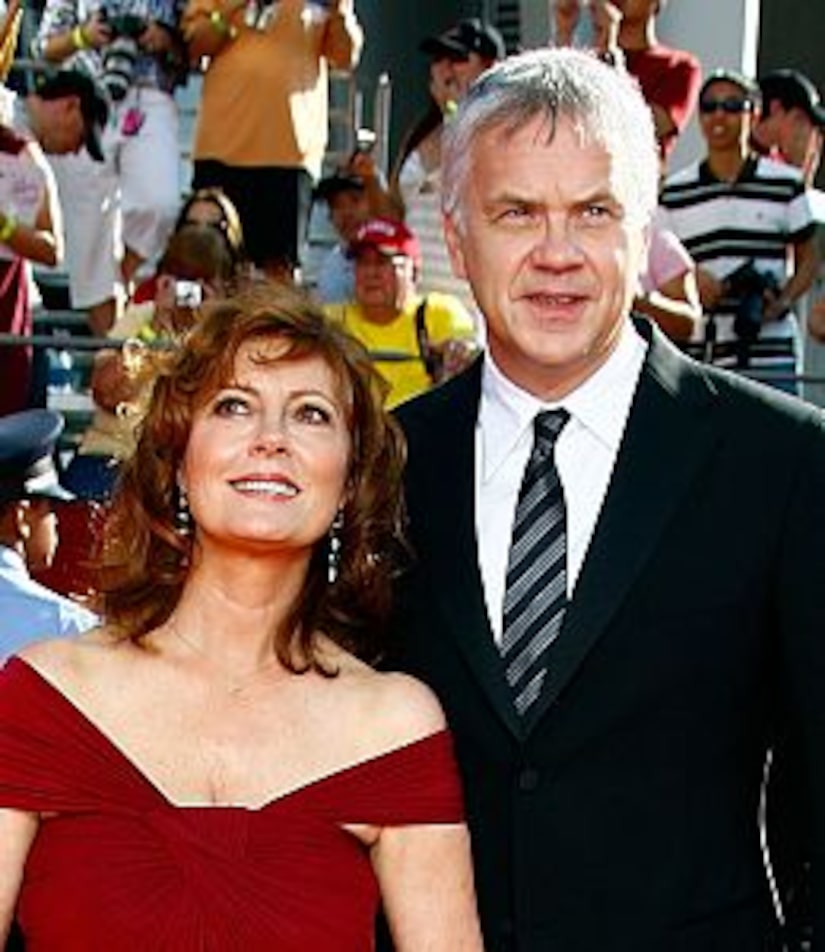 Hollywood couple Tim Robbins and Susan Sarandon have joined the ranks of A-listers expressing condolences on the death of iconic actor Paul Newman.

"The world has lost an angel. Philanthropist, humanitarian, a man of compassion, conviction and courage, an intelligence born of curiosity, an open mind, a beautiful heart, and a wicked sense of humor," said Robbins. "He was always a hero of mine both as an actor and as a man, and it was an honor to have known his wonderful spirit, to act with him, to laugh with him, and to sit in the passenger seat while he drove 100 mph with mischief in his eyes."

Sarandon remembers the blue-eyed actor, saying, "Paul Newman was a class act; smart, sexy, generous and kind. He was committed equally to justice and pranks. He was something you don't hear mentioned often these days; a good man. He taught me to appreciate the home grown tomato, championship badminton and chamber music. He will be missed."