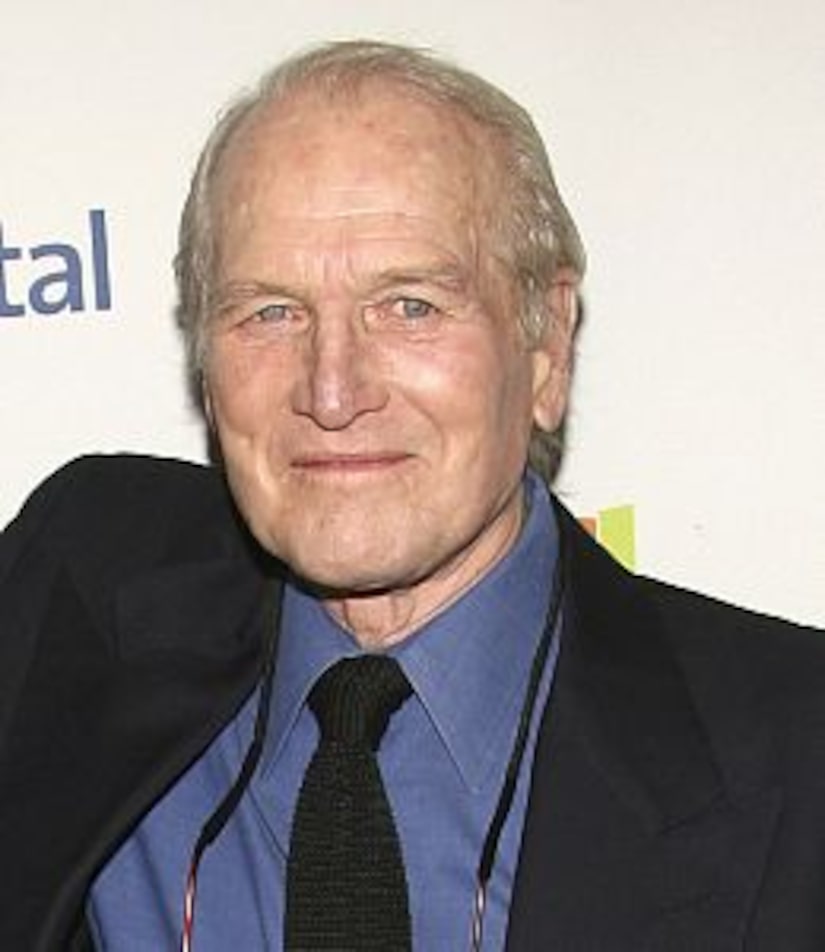 Paul Newman, one of the greats of Hollywood, has died. Newman leaves a legacy of great films and a humanitarian enterprise that will continue to help millions for years to come. He is survived by his wife of 50 years, actress Joanne Woodward, their three children, and two children from his first marriage to Jackie Witte.

The Ohio born actor served in WWII, then studied acting at Yale and at Lee Strasberg's famed Actor's Studio, making both his film and Broadway debut in 1954. Newman's performance as boxer Rocky Graziano in "Somebdoy Up There Likes Me" launched his career. His star turn with Elizabeth Taylor in "Cat on a Hot Tin Roof" turned the blue-eyed hunk into a superstar.

His 1960s work included hits "The Hustler," "Hud," and "Cool Hand Luke," elevating his image to iconic status. Paired with actor Robert Redford, the handsome two resurrected the Western with "Butch Cassidy and the Sundance Kid" and "The Sting." His popularity soared in the 1980s with films like "The Verdict" and "The Color of Money."

He won numerous awards including an Oscar, two Golden Globes, a SAG award and an Emmy. An avid race car enthusiast, his final film role was as the voice of Doc Hudson in the animated "Cars."

He founded Newman's Own, a food company that sold salad dressing at first, then an entire line of food products -- with all profits donated to charity. Over $250 million has been raised. When his son Scott died of a drug overdose in 1978, Newman established the Scott Newman Center for drug abuse prevention.

Newman had been diagnosed with lung cancer in 2007. He died late Friday at his home in Westport, Connecticut.

His foundation issued this statement:

"Paul Newman's craft was acting. His passion was racing. His love was his family and friends. And his heart and soul were dedicated to helping make the world a better place for all. Paul had an abiding belief in the role that luck plays in one's life, and its randomness.

He was quick to acknowledge the good fortune he had in his own life, beginning with being born in America, and was acutely aware of how unlucky so many others were. True to his character, he quietly devoted himself to helping offset this imbalance. An exceptional example is the legacy of Newman's Own. What started as something of a joke in the basement of his home, turned into a highly-respected, multi-million dollar a year food company. And true to form, he shared this good fortune by donating all the profits and royalties he earned to thousands of charities around the world, a total which now exceeds $250 million.

While his philanthropic interests and donations were wide-ranging, he was especially committed to the thousands of children with life-threatening conditions served by the Hole in the Wall Camps, which he helped start over 20 years ago. He saw the Camps as places where kids could escape the fear, pain and isolation of their conditions, kick back, and raise a little hell. Today, there are 11 Camps around the world, with additional programs in Africa and Vietnam. Through the Camps, well over 135,000 children have had the chance to experience what childhood was meant to be.

We will miss our friend Paul Newman, but are lucky ourselves to have known such a remarkable person."