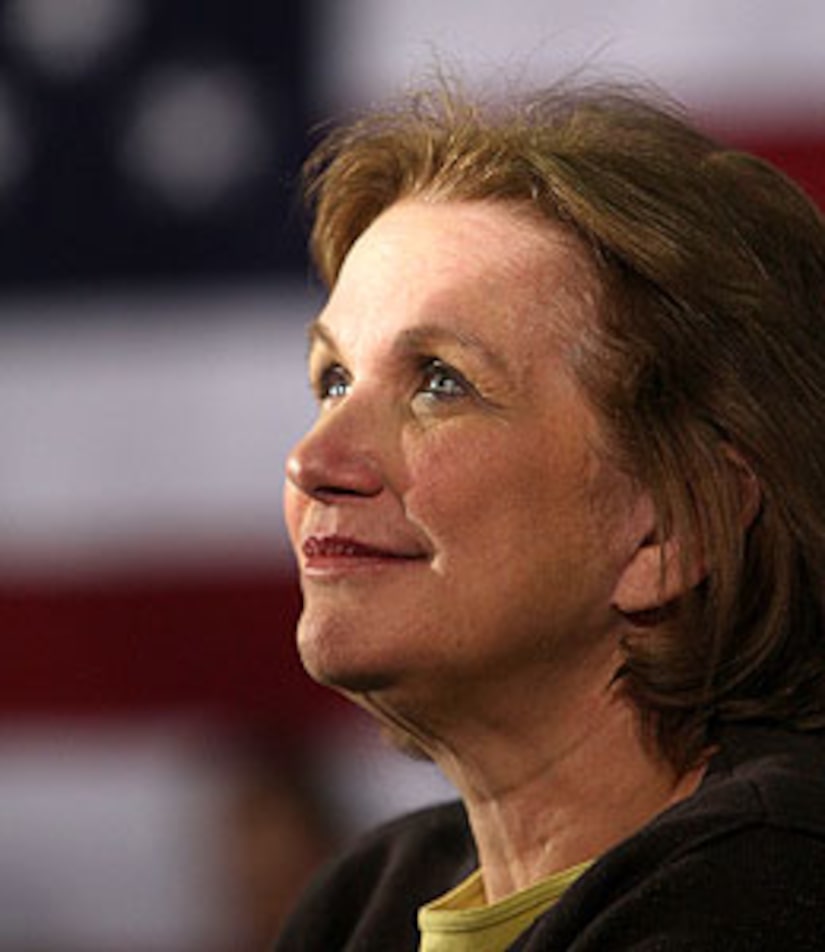 Late last year, John Edwards was in a race to secure his bid for the White House -- but his presidential aspirations crumbled, and he's currently hiding in shame after announcing he had an affair with filmmaker Rielle Hunter. Now, Edwards' wife Elizabeth is revealing how she's stayed strong throughout the disgraced senator's very public betrayal of his wife, who is being treated for cancer.

Mrs. Edwards also confessed that she's shied away from the spotlight lately to spare her children future embarrassment. "The best thing for my children has been to sort of lay low," she says. "So it doesn't become a badge that they have to wear."

When asked if Elizabeth had gotten over her husband's straying, she said, "If I had lost my leg... they would not say to me, 'are you over that leg thing yet?' Any kind of huge thing like this... yes you can learn to walk again, but it's always going to be part of who you are."