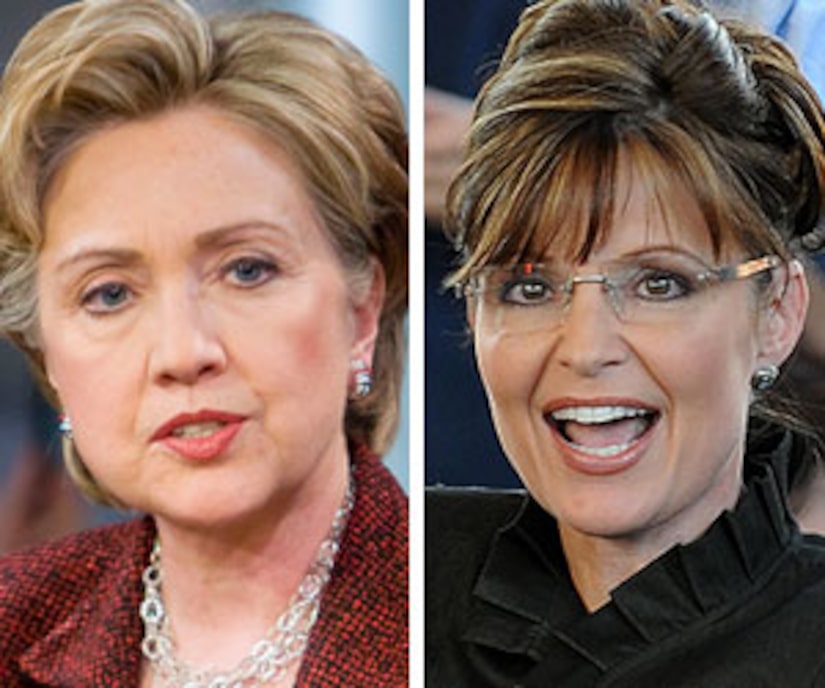 This weekend's "SNL" skit with Sarah Palin standing alongside Hillary Clinton was all in good fun, but Hillary won't let that happen!

Clinton aides say the NY Senator has canceled an appearance at a NY rally next week, after organizers decided to extend the invite to the Republican VP candidate, who has not confirmed. The rally was organized by numerous American Jewish groups to protest Iranian President Mahmoud Ahmadinejad at the United Nations.

Clinton aides were so furious at the news of Palin potentially attending, Team Hillary backed out. Clinton spokesman Philippe Reines told the press, "This was never billed as a partisan political event. Sen. Clinton will therefore not be attending." It doesn't look these two will be pals any time soon.