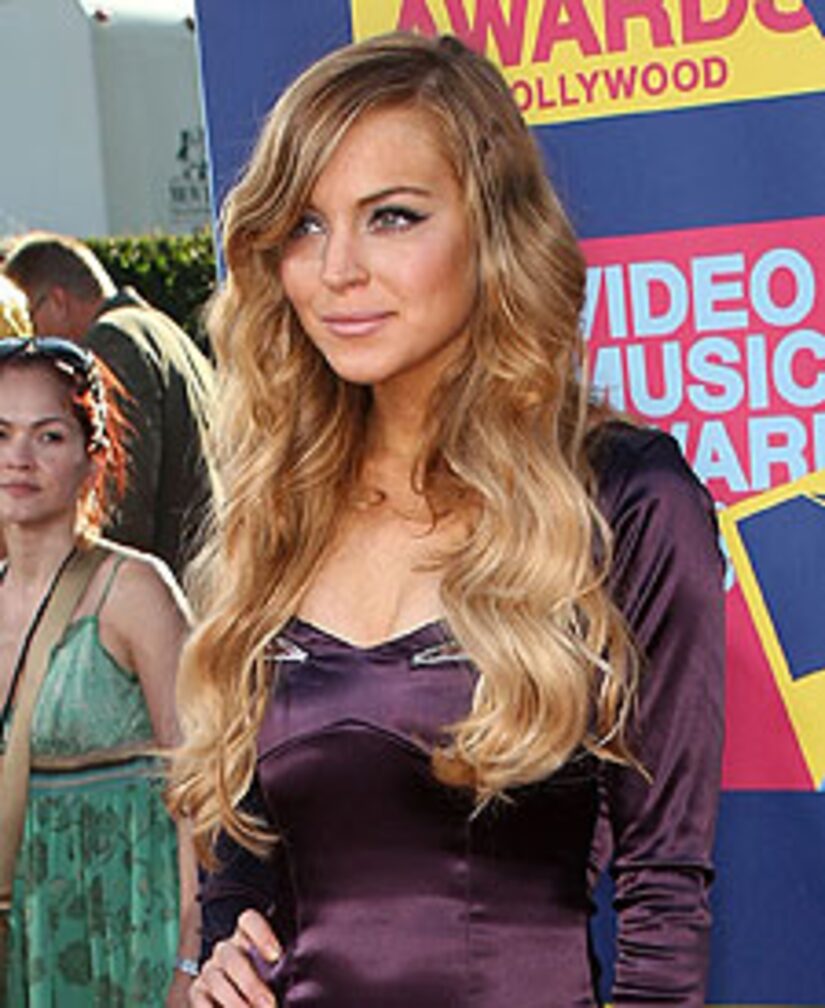 Lindsay Lohan looks like any other twenty-something L.A. resident in Ray-Ban sunglasses and faded jeans, except she's a multi-million dollar movie star with a troubled past... and a family on television in "Living Lohan."

In the October issue of Marie Claire, the once wayward starlet debunks rumors, discusses her family relationships, and talks about Samantha Ronson. Lohan says the L.A.-based DJ is a good influence. "She's a great person ... and she's a great influence on people around her." LiLo was interviewed on the set of her new film, "Labor Pains."

Lohan's relationship has landed her in a different media spotlight -- a change from rehab stints and DUI busts. Lindsay and Samantha have matching tattoos and this week attended the MTV Video Music Awards and New York Fashion Week.

Lindsay continues her recovery with appearances on the new season of "Ugly Betty," and she's working on a new album.