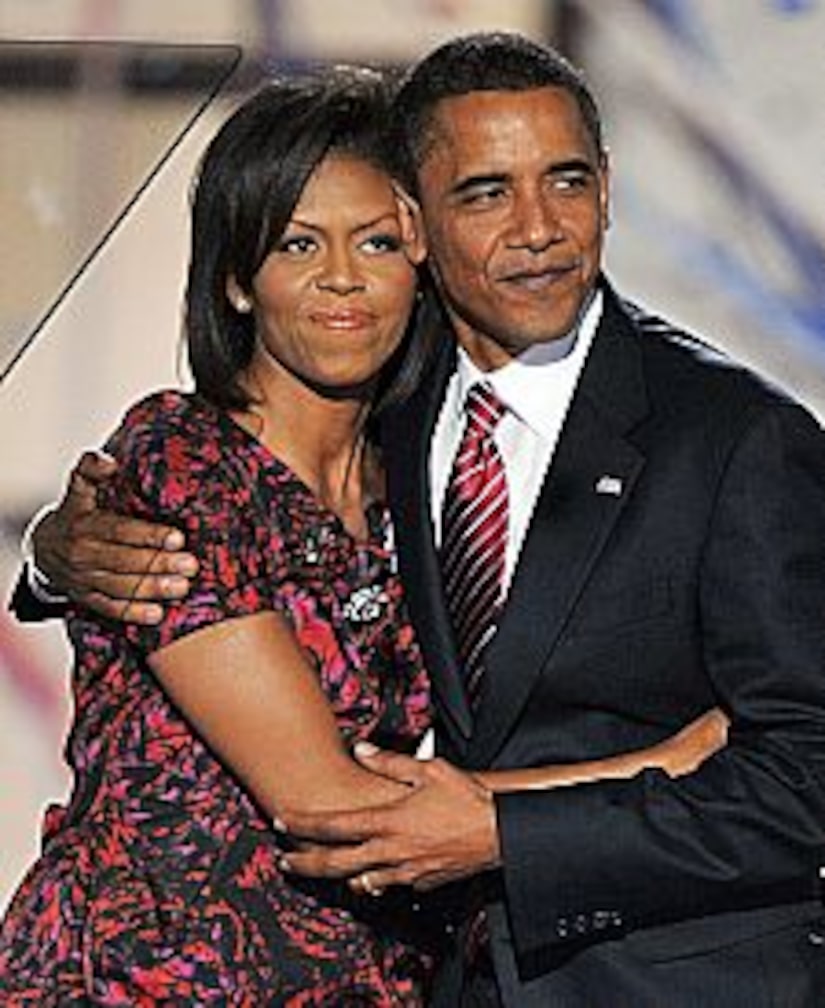 He's officially done it -- Barack Obama is the first African-American to accept a nomination for President.

"The change we need is coming," he told a crowd of 80,000 in front of a Greek-style stage at the DNC in Denver. In one of the most memorable moments, the Illinois Senator said, "What the naysayers don't understand is that this election has never been about me. It's about you."

After the historic speech -- and a fireworks display -- Obama thanked his smiling wife Michelle and their two daughters Malia, 10, and Sasha, 7. VP pick Joe Biden looked on as wife Jill wiped away tears.

Today, Senator John McCain is expected to announce his pick for VP -- and the battle for the White House intensifies.