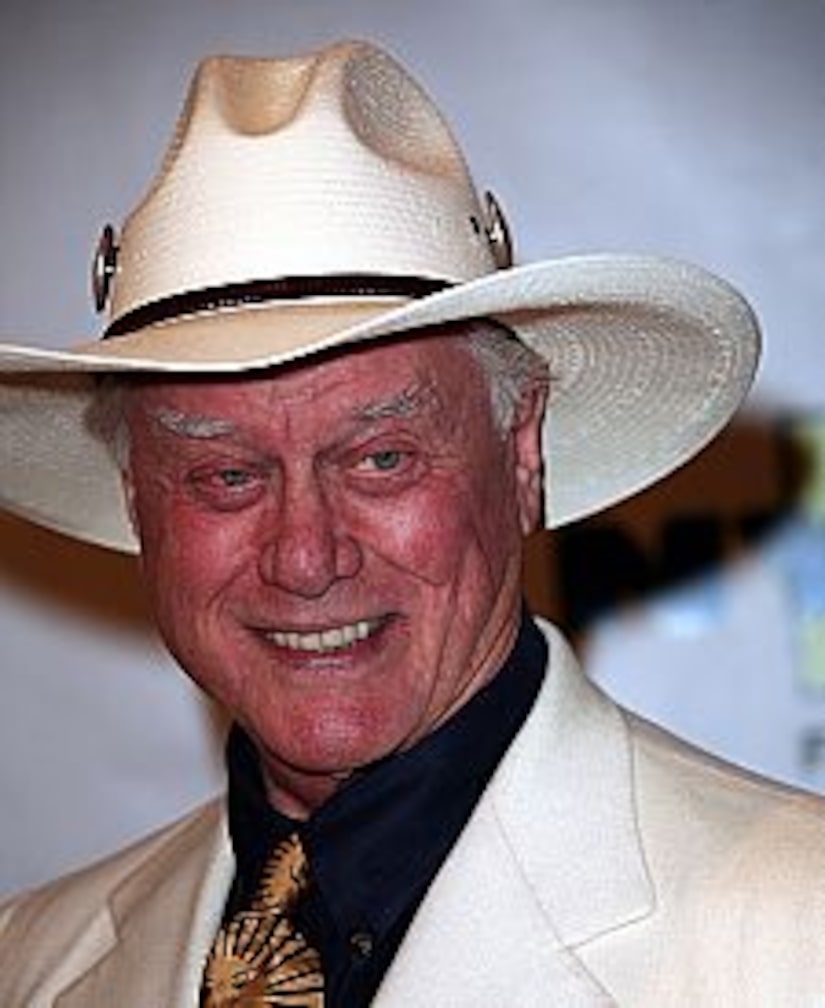 "Extra" is saddling up and heading to the Lone Star state with "Dallas" star Larry Hagman -- and the 77-year-old is opening up about the Texas-style reunion with the cast of the hit soap, and his presidential pick!

"It's impossible to think thirty years ago we started that show," Hagman says of "Dallas." Larry is organizing a reunion for the cast at the real Southfork Ranch in Texas -- where they shot the long-running show. Hagman also opened up on rumors that John Travolta might be slated to take over his role as J.R. Ewing if "Dallas" hits the silver screen! "I was kind of honored, to tell you the truth," Larry confessed about Travolta possibly stepping into his shoes.

The soap star also dished politics with "Extra." When asked if his character Ewing would vote Obama in November, Hagman replied, "Yes, I'm sure he would, because he's seen what eight years of the current administration has done to the country and the world."

Need your "Dallas" fix? Click here to find out how you can attend the all-star 30th reunion with the cast!